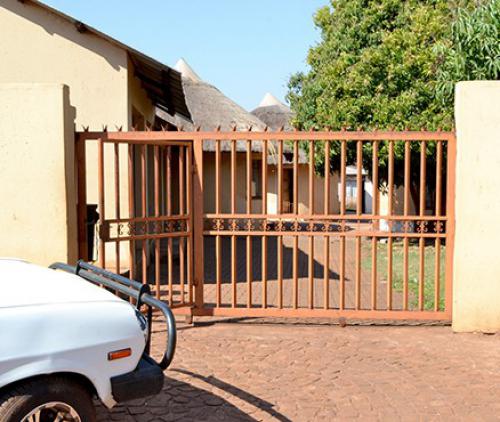 The off-campus residence in Thohoyandou P West where the robbery occurred.

Students at the University of Venda are still trying to absorb the shocking news that robbers and rapists are preying on hostel dwellers. Early on Tuesday morning, the thugs broke into an off-campus residence. After robbing the students of their possessions, the two female students were dragged to a nearby bush and gang raped.

According to the police, the incident happened at about 04:00. “It is alleged that four suspects, one armed with a firearm, broke into the rooms of three students (living) outside the university premises in Thohoyandou P West,” said Brig Motlafela Mojapelo. A 30-year-old male student was robbed of money and his cell phone. The robbers then proceeded to the rooms where two female students were staying. They were robbed of their cell phones and a laptop. The two ladies were then dragged to a nearby bush and raped.

The secretary-general of Univen’s student representative council (SRC), Mr Yanda Mxaku, said on Wednesday that the news of the robbery and rape had come as a shock to them. “We have met with the parents of the victims on Tuesday, to engage with them,” he said. “We are also worried that the incident happened while those affected students were preparing to write their examinations. We will engage with the management of the university to grant them a special examination,” said Mxaku.

The spokesperson for the university, Dr Takalani Dzaga, confirmed the incident and said that they would offer counselling to the affected students. He condemned such criminal acts. Dzaga also encouraged students to consider taking rooms at some of the university’s accredited residencies, where strict security measures are in place.

Police in Thohoyandou have launched an extensive manhunt for the unknown suspects.

Anyone with information that can lead to the arrest of the suspects can contact Detective Sergeant Takalani Mulaudzi on 082 487 6319 or call the Crime Stop number, 0860010111.