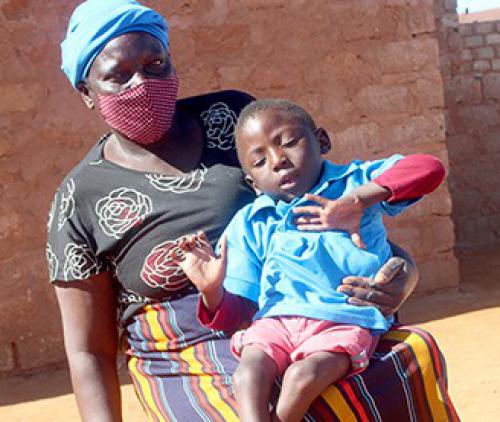 The family members of a woman who died shortly after giving birth to a boy at the provincial hospital in Polokwane five years ago are still blaming the hospital for her death and intend to sue the Department of Health for negligence.

The family of the late Anna Maluleke of Madodonga village said that she had been admitted to the Louis Trichardt Memorial hospital and scheduled to give birth on 10 May 2015 but had been transferred to Polokwane provincial hospital.

The mother of the deceased, Ms Livhuwani Makhubele, said that she called her on 11 May and spoke to her, but from 12 May Maluleke’s phone had been switched off. The distraught mother tried calling several times, without any success. After a week, the hospital staff called her and asked her to come to Polokwane. When arriving at the hospital, she was told that her daughter had died.

Makhubele is upset because the family members were not immediately informed of the death. She said that when she asked about the condition of the baby, she was told that the baby was in good health. When she asked that the baby be given to her, so that they could go home, her request was refused. “The baby's health was improving, and nurses even suggested he would be discharged from the hospital soon,” said Makhubele.

When Makhubele arrived at the hospital two weeks later to fetch the baby, she was surprised to hear that he had been operated on. “Why did they operate without informing us?” she asked.

Makhubele is upset because the hospital allegedly did not provide them with answers. “We are heartbroken. We thought Maluleke would be able to raise her children. We are confused and don’t know what to do because no one is working in the family. We are frustrated because the hospital is not giving us answers as to what had happened. We want the truth. Was Maluleke assisted or neglected after the doctor delivered her baby? What killed Maluleke?”

Makhubele believes that the hospital staff were careless and negligent. “I'm going to sue them. They were supposed to save my daughter’s life, not to take it,” she said.

The distraught mother told Limpopo Mirror that, at the time, the family had gone to the hospital and wanted to lodge a formal complaint, but the senior nurses refused. “During that time, we were devasted and I needed time to prepare to bury my daughter in peace,” said Makhubele. She said that, since then, the hospital or the Department of Health did not come to see them or tell them what had happened.

Provincial Health spokesperson Neil Shikwambana said they were investigating the matter. “We must institute an investigation. The standard way of handling issues is that when a person passes on in the hospital, we should be able to contact his or her next of kin to notify them,” he said. He said the results of the investigation would be given to the family. He further said that the department would like to meet with the family.