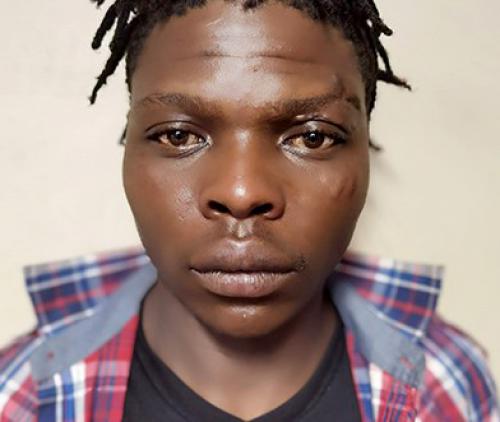 Muano Maphula (23), accused of the murder of the women, appeared in the Thohoyandou Magistrate's Court on Wednesday, facing two counts of murder.

Why kill a 90-year-old granny?

What may have caused a young man to brutally slay a 90-year-old granny and her 54-year-old daughter, leaving them to die next to each other in a pool of blood?

This question is still mesmerising the residents of the normally peaceful Lunungwi village near Gondeni Laha-Mabilu, outside Thohoyandou. On Sunday morning they were greeted with the shocking news that two beloved residents had been found murdered in their four-room house.

The murders had probably been committed the day before, but because the granny, Ms Mudzunga Muvhulawa, and her daughter, Ms Edzisani Caroline Muvhulawa, were staying alone in the house, people did not notice immediately. Edzisani’s daughter, Tshifhiwa Muvhulawa, became worried when she could not get hold of her mother. She works as a security guard in Musina and could only return home after finishing her shift.

What followed was an extensive manhunt for the killer or killers. A police unit from Thohoyandou was on the scene and quickly made a breakthrough. On Monday night, a suspect was arrested where he was allegedly hiding at his girlfriend’s home at Ha-Budeli village.

Limpopo police spokesperson Brigadier Motlafela Mojapelo said the preliminary police investigations indicate that the motive for the killings could be witchcraft related. The suspect allegedly accused the two elderly women of bewitching him.

The provincial commissioner of police in Limpopo, Lieutenant General Nneke Ledwaba, was quick to commend the SAPS team for their swift response. He condemned the behaviour of some people in communities who still accuse others of witchcraft and then kill them.

The suspect who was arrested for the murders is the 23-year-old Muano Maphula. He is apparently the next-door neighbour of the deceased. He briefly appeared in the Thohoyandou Magistrate’s Court on Wednesday, facing two counts of murder. The case was postponed to 20 November for further police investigations. Maphula did not apply for bail.

When news of the suspect’s identity became known, the community at Lunungwi village became very angry. On Tuesday night, two separate RDP houses belonging to the suspect and his family were set alight.

A community leader in Lunungwi village, Mr Hulisani Tshivhase, said the community wanted the suspect to rot in jail. “We want him to face the might of the law, and if it means to rot in jail, let it be like that. As community members, we no longer accept him as part of us as he is monster and a danger to the community,” said Tshivhase.

The petty headman (vhakoma) of Lunungwi village, Mr Ntungufhadzeni Muswubi, said the village and the surrounding communities were still in shock. “We used to have some cases of people reported missing in the area, and some were never found, but the brutal murder of the granny and her aged daughter was a first of its kind. We also have gatherings in the chief’s kraal, warning communities not to commit crime as the village is known as a safe and peaceful place,” said Muswubi.