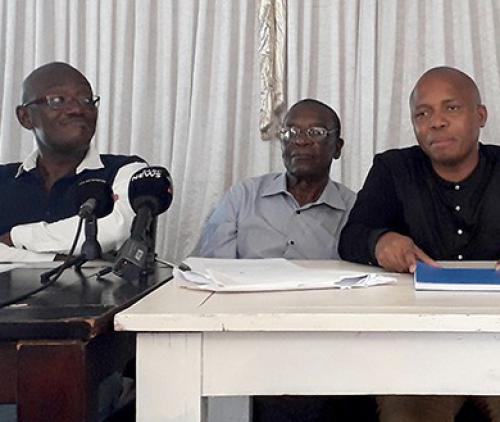 “Buying” of VBS nothing more than a pipe dream

The chance of ever seeing a “revived” VBS Mutual Bank is extremely slim. Earlier this month, the SA Reserve Bank (SARB) told representatives of the VBS Shareholders’ Forum that the liquidated bank’s licence was not for sale.

The SARB met with Chief Livhuwani Matsila and leaders of the Shareholders’ Forum of VBS Mutual Bank on 7 August. During this meeting, the SARB made it very clear that VBS is in the process of being liquidated and that “reinstating the banking licence was not an option”.

In a press release, the SARB states that a need exists for regular feedback to depositors and other affected parties about the liquidation process. VBS was placed under curatorship in March 2018. In November that year, the High Court placed it under provisional liquidation, and its banking licence was suspended.

The SARB’s firm stance may be a disappointment to some of the stakeholders who were hoping that VBS Mutual Bank could be taken over as a “going concern”. In April last year, the VBS Shareholders’ Forum held a press conference in Thohoyandou during which it stated that it had mandated a company called Africapacity Investment Group to “rescue, commercialize and recapitalize” VBS Mutual Bank. Initially, the group tried to block the liquidation of the bank, believing that the steps taken to appoint a curator were irregular.

In August last year, the VBS Stakeholders’ Forum announced that it had made an offer of R2 billion to purchase VBS. “The offer has been delivered to the provisional liquidator, Mr Anoosh Rooplal, the Reserve Bank governor, Mr Lesetja Kganyago, and the Registrar of Banks/CEO Prudential Authority, Mr Kuben Naidoo, on 25 July 2019,” said the forum’s spokesperson, Mr M Muvhulawa.

Where exactly the Stakeholders’ Forum would get the R2 billion to purchase the bank was not clear. Africapacity previously indicated that it had secured sufficient funding from overseas investors to buy the bank and inject further capital into the business to ensure its sustainability.

Africapacity’s chief investment officer (CIO), Enock Ratlabala, said during an interview with Radio 702’s Arabile Gumede that he was confident that they could buy VBS and turn it into a major asset for the country. “From our funds, we can turn VBS into one of the major banks and we’ve got enough capital. We’re saying we’re ready to take this bank up,” he said.

In April last year, this newspaper published an article in which it tried to shed some light on Africapacity. This is an unlisted company with two young women directors, Nomzamo Xabanisa (32) and Nombini Xabanisa (43), from the Western Cape seemingly at the helm. The company does not seem to have a track record of major developments, although it claims to have been involved in projects that ranged from integrated housing developments to shopping centres, office parks and public facilities.

In documents provided during an earlier press conference of the Stakeholders’ Forum, two organisations that facilitated the funds to Africapacity are mentioned, namely Manna World Holdings Sovereign Trust (MWHST) and the Shanghai Pudong Development Bank (SPDB).

Both these institutions have chequered reputations. In January 2018, the Shanghai Pudong Development Bank was fined $72 million for illegal lending activities. This was one of the stiffest penalties handed out in China’s crackdown on wrongdoing in its financial markets. The bank is, however, one of China’s big commercial banks.

MWHST is apparently some sort of cult movement, believing in a new world order where money does not fall under the control of governments.

The SARB’s response to the offer to buy VBS Mutual Bank was fairly diplomatic. The provisional liquidator, Mr Anoosh Rooplal, responded at the time by saying that they would continue to engage with parties that had made unsolicited offers to purchase various assets of the bank, but no confusion should exist in this regard.

“The authorisation to conduct the business of a bank/mutual bank (banking licence) is not transferable and requires a formal new application for such authority to be submitted to the regulatory authorities,” says the bank. The SARB explains that a bank’s assets may be acquired with the prior approval of the regulatory authorities, but the licence is a separate issue.

Questions about Africapacity’s intention to buy VBS were sent to its CIO, Enoch Ratlabala, in June this year and again this week, but no response was received.

Ratlabala apparently did speak to a News 24 reporter last week and he is quoted as saying that efforts to buy the bank had been thwarted when they had not been offered the bank’s debt book. “If the Reserve Bank says they must apply for a new license, it would be the decision of the shareholders' forum. The law is clear that if it can be saved, the process must be allowed. But if the liquidators do not offer you the debt book, there is not much that can be done,” Ratlabala told News 24.

Following last week’s discussion with the Stakeholders’ Forum, the SARB committed itself once more to assisting with an application for a banking licence. “Any interest from the community to continue with traditional banking activities similar to those offered by VBS will be considered as part of a new banking licence application,” the statement reads. The SARB also pledged to work with the community to guide and support their quest for greater inclusion in the financial sector.