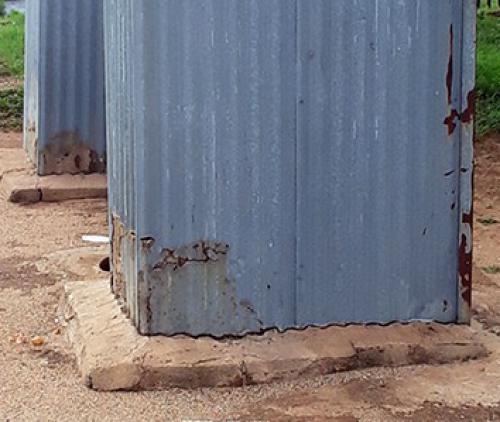 Some policemen at Tshilwavhusiku Police station fear that they could contract the coronavirus because they have no running water and the toilets are blocked. The police station has been closed temporarily since last Thursday as a policeman at the station tested positive for Covid-19.

The situation has been continuing for four years, which is why the police officers regard it as a virus threat. Nine police stations in Limpopo were forced to close in just over a week because of the rising infection rate.

The Makhado Municipality delivers water to the Tshilwavhusiku Police Station for storage in a tank at the police station and members must fetch water from the tank by using buckets.

Speaking to Limpopo Mirror on condition of anonymity, a policeman working at the police station said: “The situation at this police station is very bad. There are no working toilets and awaiting trialists are put at Mara police’s holding cells. We are using a bucket when we go to bathroom to relieve ourselves.” Limpopo Mirror was also informed that the toilets were not being cleaned because of the shortage of water.

The police officer said the staff members had raised the issue with the provincial office several times, but nothing had changed. “Employees must work in conditions that are not conducive to a healthy and safe environment that is required. It must be noted that the lack of water creates an opportunity for infection. The police officers can leave the police station with diseases, due to poor infection control,” said the policeman.

Several officers who spoke to Limpopo Mirror about the outbreak of Covid-19 said they had received little support from the government to protect themselves. A police officer who did not want to be named said he was worried that they were more at risk of contracting the virus. “We feel unsafe. This is a worrisome working environment,” said one officer.