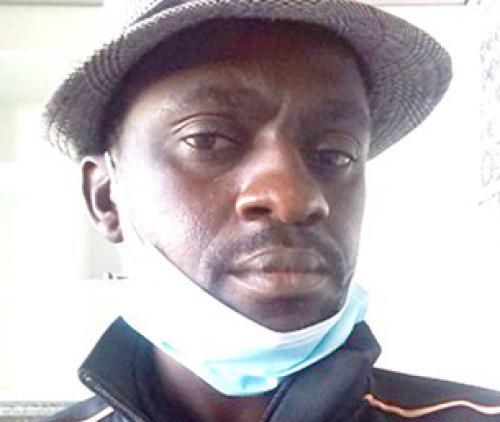 Masimbe denies the allegation claiming that he and his family have tested positive for Covid-19.  Photo supplied.

The well-known poet and musician, Lutendo Mathobo of Tshifulanani, better known as Masimbe, has dismissed allegations that he and his family have tested positive for Covid-19.

Masimbe said that his family had been leading an unbearable life from two weeks ago, characterized by the pointing of fingers wherever they went. All this started a fortnight ago when he was at work in Polokwane and informed by his wife that one of his children was not feeling well. He called an ambulance and all family members went to Tshilidzini Hospital, where they tested negative for Covid-19.

According to Masimbe, the problem of the rumours remains, and he is battling to find a way to convince community members that he and his family are Covid-19 negative. “I would love to let this matter rest once and for all. I want closure in this matter and people to stop bothering me and my family,” said Masimbe. He encouraged community to verify their facts with the relevant authorities before spreading rumours.

The Limpopo MEC for Health, Dr Phophi Ramathuba, said that many people still stigmatized people living with Covid-19 and asked them to stop spreading false rumours. “So many people are sick with the disease, and instead of gossiping about them, we should be giving them support. If there are still people talking about others, they are lost and they need to be educated about the disease,” she said.

Ramathuba said that testing positive for Covid-19 was not a train smash. People who tested positive for Covid-19 must not be treated as if they have committed an offence. All they require is support from everyone, so that they can recover. Reporting false news under the lockdown regulations is still a criminal offence and, in this regard, it has created unnecessary hype and anxiety among many people.