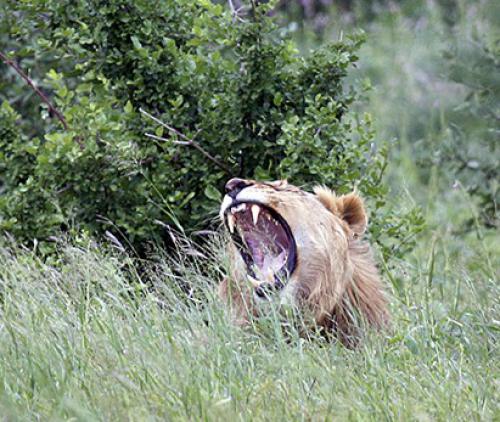 Photo is for illustrative purpose only. Generic image.

Free-roaming lions cause panic among villagers

The residents of Niani and surrounding areas are living in fear after three lions were seen roaming in the area since last week.

The lions are suspected to have come from Zimbabwe, and they could pose a threat to the communities of villages such as Tshivaloni, Mukununde, Domboni, Manenzhe and surrounding areas. Mr Mahadana Mudzweda of Ha-Gumbu said that the situation was “very terrible. Residents are living in fear as the lions are still around.”

Mudzweda said that the residents had urged the Limpopo Department of Economic Development, Environment Affairs and Tourism to intervene before the animals started killing people. He said wild animals often escaped from neighbouring Zimbabwe, adding that this was not the first time the community had seen lions or elephants at their villages.

"We need some sort of intervention from the department because we are afraid that, one day, these animals might kill a person,” he said.

Vhamusanda Vho-Gilbert Mukununde of Mukununde village said he had received several complaints from villagers about the animals. People were even afraid to move around or to go to the shops because of the lions in the villages, he said.

He said the animals passing through the village was a reminder of how humans and animals once shared resources before people started infringing on the animals’ space. “It’s essential that all security and safety standards be put in place to ensure that human/wildlife conflict doesn’t take place."

Mr Zaid Kalla from the Department of Economic Development, Environmental Affairs and Tourism said a team of rangers was tracing the lions. “The law allows us to take them down if they prove to be dangerous to the communities," said Kalla. He said that the department had urged residents to report to or alert local rangers if they spotted the roaming lions.