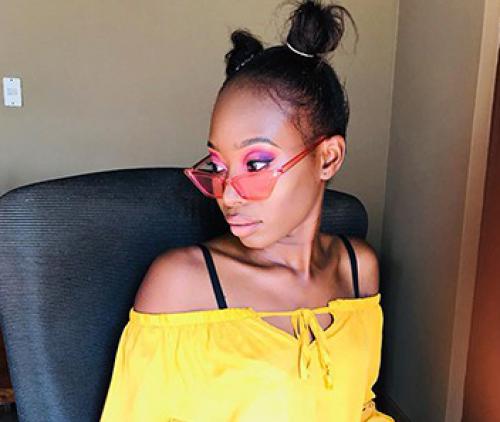 Few understand beauty, but it starts from within

“Beauty is something that few understand and fewer possess – it is not just a matter of a fancy appearance, but it starts from within.”

Tshitereke Tshilidzi entered the world of modelling in 2018 and she has not looked back since that time. She is attached to Sage Squad Modelling Agency.

“I had seen myself as the typical girl, but it was when I had joined the Sage Squad Modelling Agency that I realised that I had a following,” she said. “With the popularity and accessibility of the social media platforms, one is able to create a fan base that has not been seen anywhere before, and that’s what exactly happened to me.”

She stated that during the early stages she had encountered scenarios where she had to deal with “hating and badmouthing” from people who were inclined to discourage her. “I nearly quit modelling, but the agency motivated me,” she said. “They told me to focus on my career and not on what haters were saying.”

Based on her attained modelling expertise, she was appointed the Sage Squad Modelling Agency’s ambassador. “It was like heavy responsibility since I had not done that before, but soon I was enjoying representing the agency in the social spheres of life,” she said. “In December 2018, I entered Miss Vhavenda, and, in the end, I was named Miss Personality of the pageant. I was excited; I felt enthralled by the achievement!”

She said that in her modelling career she had learned to focus on the positive side of life. “I have literally learnt that you don’t have to live for people but mainly believe and trust in your abilities and capabilities,” she said. “Modelling involves making a representation of something – it is either your beauty, your personality, your confidence or the quality that you have out there as a social being.”