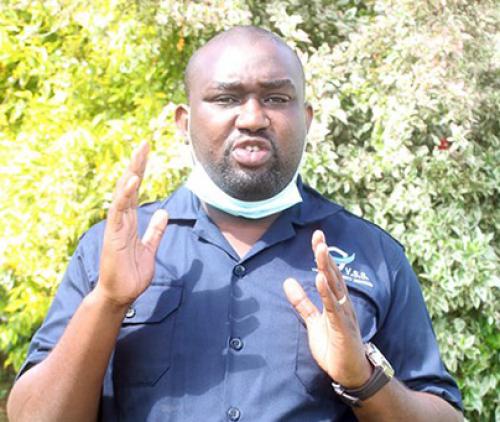 The donor, Mr Hanyani Mthombeni, blames politicians for abusing the campaign for their own political agendas.

Chaos erupted at Tshikota township on Friday during a planned food-parcel distribution project. More than 500 residents queued at the local hall, but delivery never happened.

The police and soldiers had to be called in to disperse the angry crowd. Residents said they had been unable to reach the coordinators of the food parcels as they could not be contacted. Some of them alleged that the coordinators put ANC members, friends and relatives on the list and if one were not an ANC member, one would not get assistance.

Some needy residents said they needed food relief for those who cannot meet their families’ most basic needs during the COVID-19 lockdown period. One of the residents, Ms Joyce Machoke, was unable to get assistance. “Most of the Tshikota people are poor as most of us are unemployed and don’t have food during this time. We are appealing to the government to assist us. We have submitted our names to community structure leaders, so that we can get food parcels. We opted to register our names with the community leaders, because we don’t have any idea on how to apply for food-parcel relief,” added Machoke.

The donor, Mr Hanyani Mthombeni, said that he was disappointed when people flocked in large numbers to the hall, queuing for food. The names of some of the people queuing were not on the list submitted to them by community leaders. He said that they then called the police to enforce the law, realising that people were not practicing social distancing and pushing each other to get inside the hall.

Mthombeni said that because of the lockdown, many families saw their income reduced, while others did not earn an income. Some were not able to do piece jobs, because they were not allowed to leave their homes.

He said that some politicians abused the food distribution processes and mobilized people to disrupt the handing-over process, to the disadvantage of the poor community. The two coordinators, a DA councillor and three other people were arrested by the police for contravening the lockdown regulations by allowing more than 50 people at a gathering.

Some of the ANC members at the Tshikota branch who want to remain anonymous said that the food parcels formed part of a campaign for the forthcoming ANC Vhembe Regional conference. They alleged that the food parcels had been donated to buy votes for Adv Makonde Mathivha, who is battling against Vhembe District Municipality Mayor Dowelani Nenguda for the position of chairperson of the region.

The two coordinators who were arrested are Mr Hanyani Mthombeni (29) and Mr Gerson Siphuma (45). The two were charged with attending an illegal gathering and were released on bail of R1 000 each. The other four suspects include the DA councillor, Ms Bessie Jones, ANC Tshikota branch chairperson Mr Bethuel Rasesu (38), Phophi Mageza (50) and Itani Tshidavhu (45). They were charged with failure to confine themselves in their place of residence. They were released on a warning and will appear in the Louis Trichardt Magistrate’s Court again on 26 August.

The police said that the six were in contravention of the Disaster Management regulations.