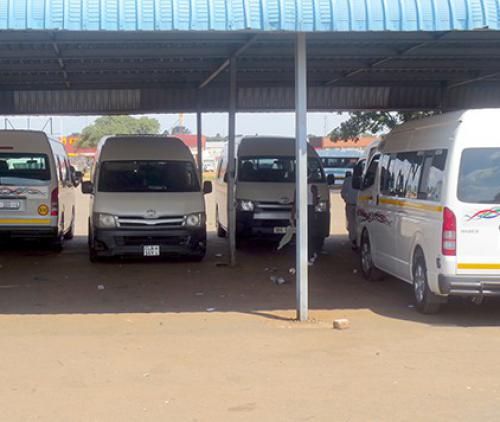 Some of the Makhado Long Distance Taxi Association's members parked at the taxi rank at Eltivillas.

Taxi association not sure of lockdown rules

“No one has informed us on how we are going to run our business during the 21-day lockdown period. We only heard (about it) over the radio, but we are not sure what is going to happen,” said Mr Chris Makananise, secretary of Makhado Long Distance Taxi Association (MALTA).

Makananise’s statement follows the announcements made by the Minister of Transport Fikile Mbalula on Wednesday, 25 March, during which he tried to explain the lockdown implications for the transport industry.

Mbalula’s statement reads: “As part of the relief measures for small business in distress as announced by the president, those taxis that have been financed by the National Taxi Finance (scheme) administered by the Small Enterprise Finance Agency will be granted a three months repayment holiday. Commercial banks are also considering similar measures,” he said.