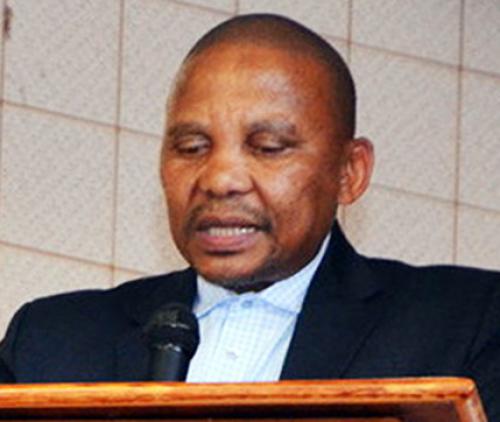 The Department of Correctional Services' offender reintegration engagement at Biaba in Nzhelele a fortnight ago revealed that, while communities are ready to welcome rehabilitated offenders back into society, the scourge of heinous crimes which pervaded the district made it difficult for people to fully accept the fact that sentenced prisoners would eventually walk out of prison to join those very communities.

This was mostly evident in the kind of comments and viewpoints the people provided, such as that prisoners were living in comfort, getting free meals, accommodation and education in prison and that it was one reason why some released offenders did not stay away from committing crimes once they were out on parole.

In his speech, the Deputy Minister of Correctional Services, Nkosi Phathekile Holomisa, said that the anger that the district had witnessed, which had resulted in the killing of parolees and probationers, indicated that cohesiveness was required quite urgently.

“We fully understand that, as communities, you are at the receiving end of the actions of those who break the law,” Holomisa said. “Social ills have become a daily phenomenon confronting you with devastating effects on the values of society. Young people are found to be at the centre, as both victims and perpetrators of crime.”

He added that, as a result, many young people ended up in the correctional facilities, serving long sentences. “Let us find means to work together and co-ordinate efforts intended to facilitate the reintegration of ex-offenders into society, and the empowerment of inmates through socio-economic development interventions.”

He stated that reintegrating offenders into all aspects of civic life, once they had left a correctional facility, was important. He then detailed clearly that the duty of the department was not merely to keep individuals out of circulation in society through enforcing sentences meted out by the courts.

“First, and foremost, we have a duty to correct offending behaviour in a safe and secure environment,” he said. “Furthermore, Correctional Services is entrusted to render sound and relevant rehabilitation programmes. However, we must be frank and confront the reality that managing a correctional facility is no child’s play. It is a very challenging job that needs personal sacrifices and managing risks well, to be able to succeed.”

He further stated that the Department of Correctional Services placed more than 75 000 offenders on parole annually, with 99% compliance and only one percent of those who failed to comply with parole conditions. “This is a clear indication that the social reintegration of offenders can work successfully when done properly, where there exists a cohesive working relationship between correctional officials and communities,” he said. “I am often amazed, when I hear people saying that correctional centres are five-star hotels. This is not the case. Not only must inmates be held securely, efforts must be made to provide opportunities for them to become better citizens when they are released.”

He pleaded with the communities never to let the evil actions of a few individuals diminish the belief and resolve to bring out better people through corrective actions.

Holomisa acknowledged the existence of the harm done to victims of crime and encouraged stakeholders to lend them support. “We shall be failing in our duties if we do not hold the hands of those who are affected negatively by acts of brutality, violence, rape and murder,” he said. “We must rally around them and help them to carry on.”

During the comments and questions time, a request was made that the department or other relevant bodies should create a space of restorative justice for the crime victims.

The inmates' female choir from Thohoyandou Correctional Centre had an opportunity to participate in the reintegration engagement at Makhado Education Multi-purpose Centre.