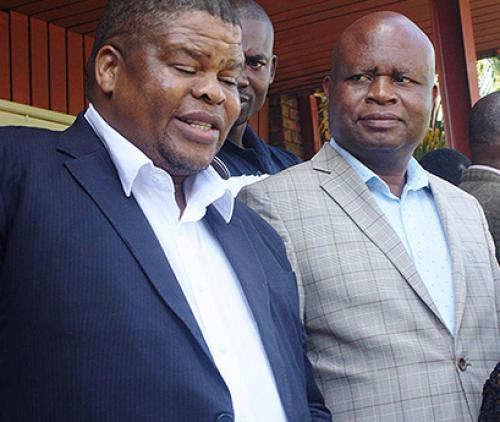 During a meeting last Thursday, the Deputy Minister of Water and Sanitation, Mr David Mahlobo, met with representatives and structures of 16 villages that were affected by the building of the Nandoni Dam.

The meeting formed part of an effort to resolve the community’s claims regarding the arable land, houses and their mealie fields that were submerged by the water. Mahlobo assured the affected communities that his department is working around the clock to resolve the matter.

He said he would be back in two weeks’ time to meet the affected communities with traditional leaders and the executive mayor of the Vhembe District Municipality, Cllr Dowelani Nenguda. He said the matter was long overdue and he wanted to resolve it as soon as possible. Nenguda assured the affected communities in Nandoni of his support and said they would lend a helping hand.

This follows a long sit-in near the gate leading to the dam by angry community members of the affected villages near Nandoni dam outside Thohoyandou, demanding compensation for their losses when the dam was built.

The chairperson of the Nandoni Complaints Resolution Committee, Mr Solomon Baloyi, said they welcomed the visit by Mr Mahlobo, hoping that life would change for the better for them and that they would be compensated. “We will work and cooperate with the officials deployed by the department at the help desk, and we urge the affected communities to give as much information as they can to the officials. This is what we were fighting for, because our affected communities have waited for long to be paid their money,” said Baloyi.