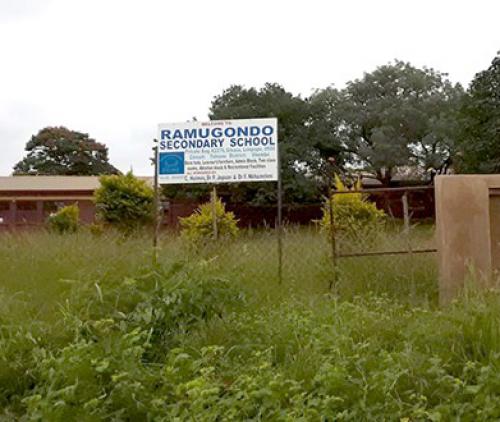 Pupils and educators at Ngudza village near Sibasa are now forced to travel 30km to and from a school in the neighbouring village, following the closure of Ramugondo Secondary School.

The Department of Education opted to close Ramugondo Secondary School and merge it with Muhuyu wa Thomba Secondary School in Tshitereke village, because the former did not meet the departmental minimum requirement of 200 registered pupils in the school. The school had only 128 pupils.

The representative of the affected community, Mr Ramugondo, said that they had received notice on 28 February from the Department of Education's office in Makwarela. “Our children have now been transferred to Muhuyu wa Thomba Secondary School in Tshitereke village, which is almost 15km away from our village,” he said. “These children will now have to travel a total of roughly 30km per day.”

Ramugondo made it clear that he understood why the department needed to close such small schools, but the problem was that the department did not want to offer any assistance in terms of transport. “We tried all avenues for them to provide transport to the affected children, but they couldn't promise anything,” he said.

Last week, the pupils started walking to and from Tshitereke village for school, because the parents could not afford transport fees. Ramugondo said that most of the parents were dependent on child grants and old-age pensions, so they had no means of paying a transport fee.

“I am also worried that these learners will be using dangerous routes – which include a bushy route that crosses the Tshinane River and the Mutshundudi River when going to Tshitereke village,” he said. “It might be difficult for some learners to cross the river during the rainy season. I am also afraid of the risk related to criminal activities that might happen to these affected learners.”

Ramugondo said he had contacted the provincial Department of Education's offices, who said that they were unable to assist with transport. “They said whoever closed the school should have made sure that all arrangements such as for transport, additional tables and chairs were in place before transferring learners to a new school,” he said. “This was quite indicative that the Makwarela office had closed the school without sending a report to the department and getting a directive to close the school from the top office. This is odd.”

The Department of Education's spokesperson, Mr Sam Makondo, said that the department had not said that whoever had closed the school should have made sure that all arrangements were in place.