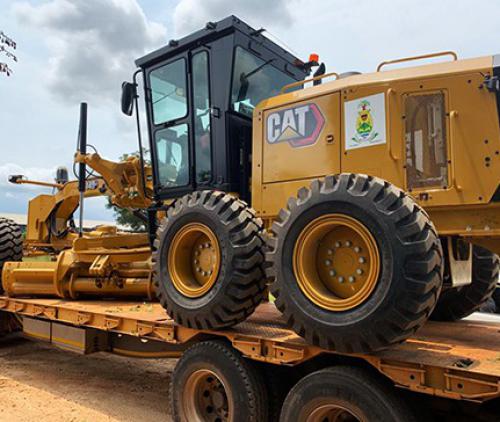 The new grader that will be used in the Tshilamba area.

In their efforts to deal with the high level of maintenance required by gravel roads in the community, Thulamela Local Municipality has spent R1.7 million to purchase a brand-new grader.

The grader was officially handed to the drivers by the mayor, Cllr Avhashoni Tshifhango, at the municipality’s camp in Tshiulungoma on Tuesday afternoon.

The grader will be deployed to the Tshilamba camp, where it will serve community members in Mutale and the surrounding areas.

In his address during the official hand-over, Tshifhango said he was happy that the grader would be utilised to address the backlog that the municipality was facing in maintaining gravel roads around their jurisdiction.

“In an attempt to address the challenges of the backlog, we even launched a programme called Hu Duba Buse early last year, where our graders were placed in different regions. The re-gravelling of roads in different wards takes place on a daily basis,” said Tshifhango.

Following the flooding rain that damaged many roads and bridges, Tshifhango said the pressure was now too much for the municipality to address the challenges as more and more communities were complaining about the inaccessible roads in their villages.

“We believe this grader will help us to access more community members, so that we can meet the demand,” said Tshifhango.