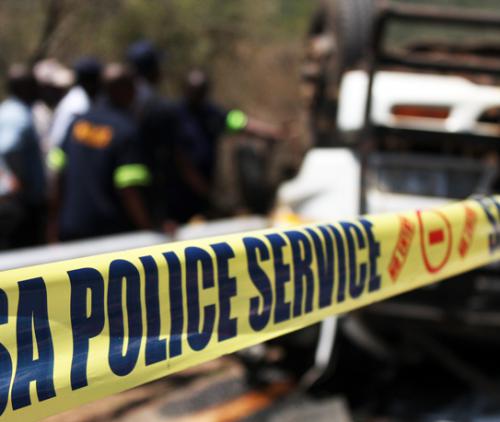 Several soccer players and team supporters of Tshivhilidulu Hungry Vultures are lucky to be alive after two separate car accidents on Saturday.

The team members were returning home after playing in a SAFA Vhembe MMK Administrator league match when the accident happened. The driver of one of the vehicles that transported the players apparently lost control. The vehicle overturned and rolled several metres. The driver of another vehicle that was carrying supporters apparently experienced problems with the vehicle’s brakes. This vehicle also overturned.

Both accidents happened near the same village in the space of about 15 minutes. The road between Khakhu and Siloam was closed for several hours while emergency personnel attended to the scene.

The team manager, Mr Junior Mamphasa, said this week that more than 40 players and team supporters had been admitted to Siloam Hospital with injuries and three had been transferred to the provincial hospital in Polokwane.

One of the victims, Mr Mbulungeni Netshifhire, said that they had only heard a big bang and then the bakkie in which they had been travelling had started rolling. “I strongly believe that we were saved by the grace of God,” he added.

He said that the bakkie had rolled several times before it had come to halt. “From there I don’t know what happened, until I found myself in the hospital,” said Netshifhire. He suffered minor injuries to his head and a fractured right arm. “This is the most horrible experience of my life,” he said. “I cannot sleep, and I’ve been suffering from shock and depression.”

The chairperson of SAFA Vhembe, Mr Mulimisi Muneri, wished the players and supporters a speedy recovery. He said that the league matches of Hungry Vultures were suspended until further notice.