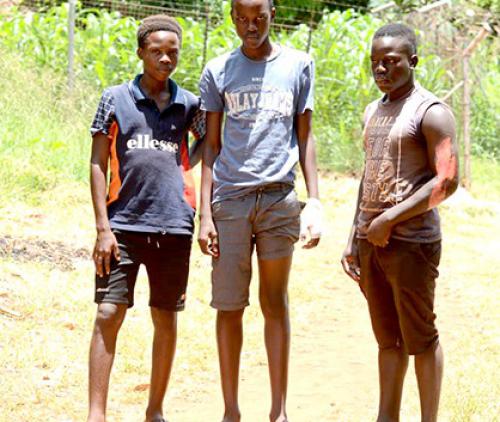 Several players of Tshivhulani Fire Brothers FC were injured on Saturday when the bakkie they were travelling in overturned.

The team were on their way to play against Tshambobvu Junior Aces when the accident happened. According to one of the players, Vhonani Nemukula, it happened very quickly, near Tshifura. He said that the driver of the bakkie could do nothing to avoid the accident when the vehicle’s tyre burst. “We all shouted, but the vehicle overturned,” he said.

More than 15 people were injured, including players, officials and supporters. The injured were taken to the Tshilidzini and Vhufuli hospitals for treatment. Most of them were discharged after receiving treatment. At the time of our going to press, three players were still being treated in hospital.

The team manager, Mr Abby Mbedzi, expressed the hope that the players would recover soon. “Our team is in position 16 in the SAFA Vhembe MMK Administrator Stream C league. Our boys are ready to continue where they left off and take the league,” said Mbedzi.

The secretary of SAFA Vhembe, Mr Mulimisi Muneri, said that although it was sad for them to learn about the accident, they were relieved to hear that no life had been lost.

The matches that were supposed to be played last week by Brothers were postponed. The matches will be played on dates still to be determined by the league administrators.