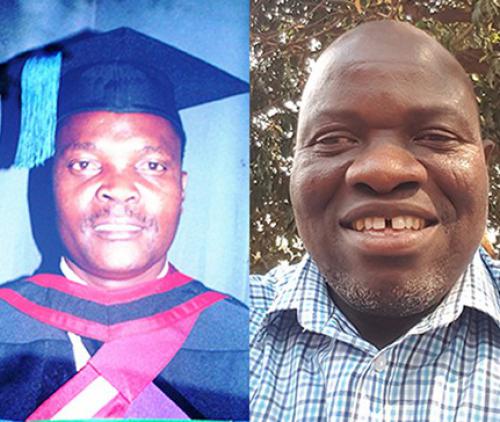 Police officer and Eskom worker killed in hit and run

A cloud of sadness hangs over the family of well-known clergyman and pastor Tshifhiwa Muligwe of Rhema Kingdom Life in Tshifulanani-Lwamondo outside Thohoyandou, after a family member was hit and killed while exercising along the Dzondo Lwamondo-Zwikwengane road early on Monday.

Former police officer and pastor of Rhema Kingdom Life, Insp Mandana Muligwe (50) of Tshishushuru near Lwamondo, and his friend, Mr Nthangeni Nevhorwa (50) of Itsani village, who was an employee of Eskom in Thohoyandou, met their untimely death on Monday morning when the driver of an unknown motor vehicle hit and killed them while they were exercising.

The driver did not stop after the incident and the police in Vuwani outside Thohoyandou have since launched an intensive search for the driver of the vehicle.

Limpopo police spokesperson Col Moatshe Ngoepe confirmed the incident and said they had opened a case of culpable homicide and possible negligent driving will also be investigated.

“The local police were summoned to the scene, together with the emergency personnel. On the arrival, they found the two males critically injured. Preliminary investigations revealed that the two were exercising when they were knocked down by the vehicle,” said Col Ngoepe.

He said the two men were certified dead at the scene and the police’s investigations about the accident were still ongoing.

The family spokesperson, Pastor Tshifhiwa Muligwe, said the family was saddened about the matter as they had lost a valuable member, who had also been his trusted aid. “I used to send him to represent me at many occasions of the church gatherings and funerals. He qualified for church work after attending biblical courses and since then, he was my aid whom I sent to preach,” added Muligwe.