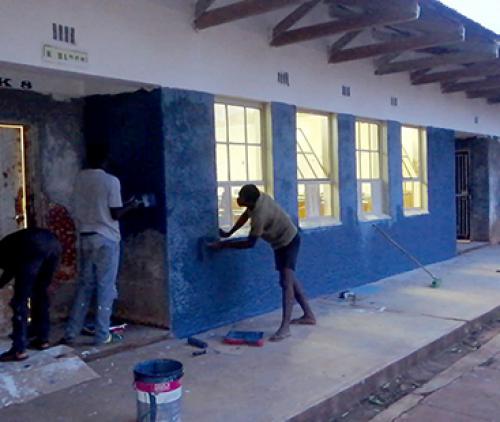 Former Khwevha Commercial School students give back to the community

“Let us support the youth and children in our community, so that they do not engage in drugs and any other unbecoming activities,” said Osborn Murendeni Posha from the Shayandima area in Thohoyandou.

Posha and nine of his friends are former learners from the Khwevha Commercial School. After realising the deteriorating state of the school’s infrastructure, Posha and his group decided to paint the Grade 8, 9 and staff room blocks during their December holiday.

“We all received our education from this school. During our time, the infrastructure was good, but now it’s deteriorating. We would like to keep the school infrastructure attractive. As a group of former students, we organised a project to paint the blocks and staff room,” said Posha.

The group donated money for buying paint and other material to be used for painting.

“We realised that some of our members were unable to contribute money, so they actually did the painting. The group have further plans for the community and the school,” he said. “Our aim is to give career guidance to matric learners. We understand some of them need guidance,” said Posha.