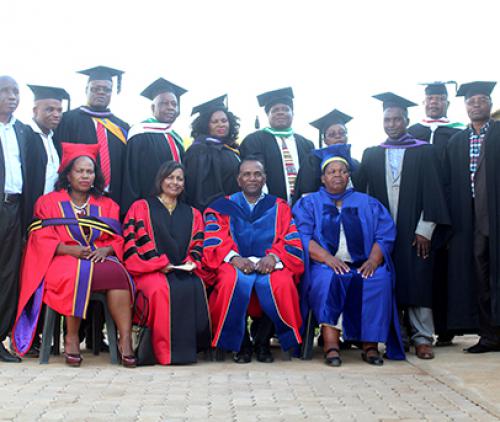 Pastors from different churches around Sinthumule and Kutama attended the Western Bible College ceremony two weeks ago, which was held at the Mack Funzani Multipurpose Centre in Tshiozwi.

The principal of the Western Bible College, pastor David Mufamadi, said pastors became more united over the years and were now able to help each other, even though they belonged to different churches. “We are now working as a team with the same goal of luring as many people as possible to the fold of God,” he said.

The guest speaker, Prof Ronny Moodley, said the work done by pastors could not be measured in monetary terms, urging congregants to fully support their pastors in whatever way they possibly could. Moodley said pastors were doing extraordinary work for their congregations, but at the end the same people seemed not to care about the pastors. “Pastors are called at night for prayers, and when families have challenges, the first person to be called is the pastor,” he said. He urged the pastors to lead an exemplary life for the community to emulate their lives.

Prof Moodley condemned pastors who use the Word of God to enrich themselves by making people pay for prayers. “Leadership is about commitment and how you relate to people. Be ready to work under pressure and be ready to absorb pain,” he said. He urged pastors not to engage in bad things “in order to have big churches”.

In response, one of the graduates, Pastor Thomas Mpharasi, said he was motivated to see that what God was doing through him was being seen and acknowledged. “Challenges are everywhere, even in our calling and this will serve as great motivation,” he said.