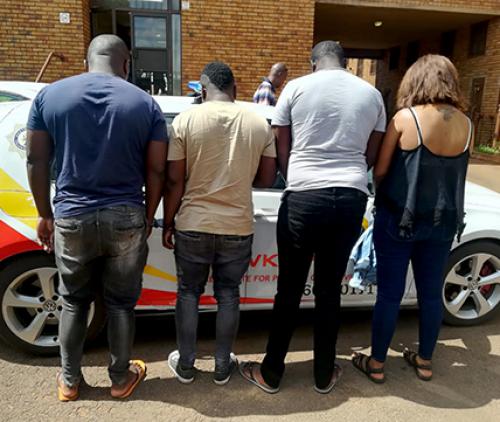 Seven Limpopo traffic officials, including three from the Makhado Local Municipality, were arrested for allegedly committing fraud. The latest arrests were done at the Dzanani traffic station on Tuesday. This follows shortly after six other people were arrested the past week in connection with fraud and bribery allegations at vehicle-testing centres.

The seven traffic officials were arrested by the Hawks’ Special Investigating Unit on Tuesday. The officials are, among others, accused of taking bribes from motorists. The investigations were done in collaboration with the Road Traffic Management Corporation and the National Traffic Anti-corruption Unit. The seven appeared in the Dzanani Magistrate’s court on Wednesday. They were granted bail of R10 000 each.

Last Friday, two people, a traffic official and a driving instructor, were arrested in Sibasa. They appeared in the Thohoyandou Magistrate’s Court on Monday and the case was postponed to 22 January next year. The traffic official who appeared is Takalani Sigebe (37), while the driving school instructor is Ntsieni Savhula (27). Sigebe was granted bail of R1 000 while Savhula had to pay bail of R3 000.

On Monday, four people working as testing officials and a driving-school operator were arrested in Makwarela for allegedly issuing documents fraudulently to applicants for a fee. The four were employed at the private testing station at Makwarela, called Maanda-Ashu vehicle testing station. Some of the officials also allegedly certified vehicles as roadworthy without conducting the necessary tests. In one incident, a vehicle that had been impounded by the Johannesburg Metro Police Department had allegedly been certified as roadworthy.

The four accused who were arrested appeared in the Thohoyandou Magistrate’s Court on Tuesday and were granted bail of R1 000 each. The accused are: Tshifhiwa Mulaudzi (24), Fhungo Mamphiswana (25), Khathutshelo Sioga (29) and Voni Ramuntshi (29). The case was postponed to 21 January next year.

According to the Hawks’ spokesperson, Captain Matimba Maluleke, they started investigating the conduct of the officials after complaints they had received. “Vehicle roadworthiness is one of the major contributors to road accidents and fatalities in South Africa. The raid will assist in reducing this threat in the forthcoming festive period,” said Maluleke. He said that they were expecting to do more arrests in Vhembe.

Last year, Limpopo was one of the regions with the highest number of fatal accidents. The province recorded 1 581 deaths.

Makhado municipality’s spokesperson, Mr Louis Bobodi, confirmed that some of their officials had been arrested. He said that the cases were now with the courts and the municipality was waiting for the law to take its course. “Whatever the outcome, the municipality will abide by the ruling,” said Bobodi.