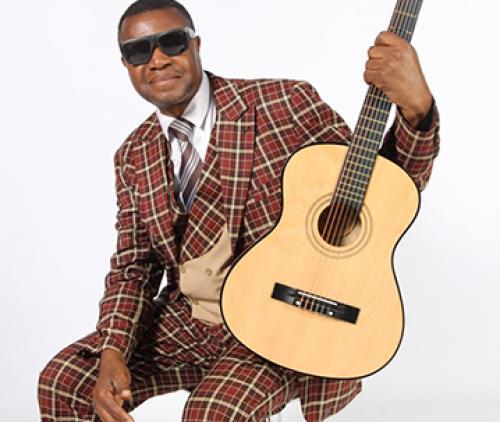 Crime and corruption are killing our country - Masevhe

Crime, corruption and unemployment are killing this country. These are the views of a well-known gospel artist, Bishop Roxley Fhatuwani Masevhe.

In his exclusive interview with Limpopo Mirror on Heritage Day (September 24), Masevhe said that he was very worried about the “high level of crime, corruption and unemployment in the country”. In 2016, Masevhe was honoured with a doctor’s degree by the University of South Africa in recognition of the contributions he had made through music.

“I am happy that on this date, September 24, in 1959, at about 12pm, I was born at Thengwe Clinic. I am also happy that I am a senior citizen wherever I go. At the Royal Gospel Festival and Royal Heritage Festival, I was the oldest artist among those who were performing there. Even when I go home, I find that I am the oldest in the family. This means that God gave me more years to live and I appreciate that,” said Masevhe, who has 10 children and nine grandchildren.

Masevhe, whose music was banned by the then Venda Homeland government, said that he was happy that a democratic government was ruling the country today. His main concern is that too much crime, corruption and unemployment are prevalent in the country.

“I started singing in 1977 after being inspired by my late father, Reckson Masevhe, who was also an artist. Unfortunately, I was in and out of jail several times because my music was challenging the then regime. One of the songs that put me in trouble with the then government was “Munwe na Munwe u do fhira, loosely translated as meaning everyone will die one day,” he said. The lyrics of the song went further to say even the honourable would die.

“Before this democratic government, people were arrested and killed. But today it is good to see a democratic government. My only worry is the high level of crime, unemployment and corruption, which is very rife. If these things are addressed, I think people will be happy and appreciate this government, but for now it is very difficult to celebrate the changes. Crime, corruption and unemployment must be eradicated urgently,” said Masevhe.