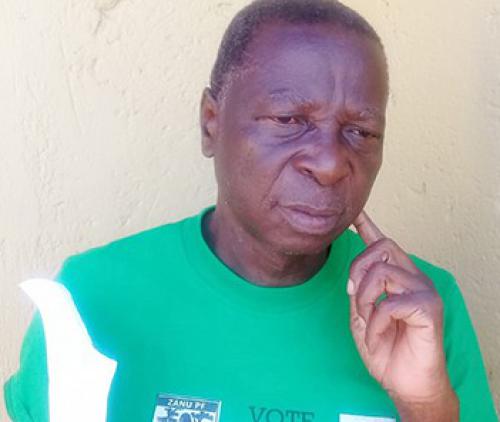 Mourning the death Mr Robert Mugabe, Pansalb board member and former principal Mr Mmbengwa Mbulaheni has written a poem in honour of the late statesman.

On Friday morning, the world woke up to the news of the passing away of Zimbabwe's former president, Mr Robert Mugabe, who had led Zimbabwe to independence in 1980.

The man who ruled his country for more than four decades was ousted from power by his own party, Zanu PF, in 2017. Since his ousting, he has been in and out of the hospital in Singapore. He passed away at the age of 95.

Since the news of his passing away was made known, his death had drawn mixed reactions from different quarters of the world. One of the surprise comments came from one of the famous local authors and retired principal, Mr Mmbengwa Watson Mbulaheni, who described Mugabe as an African hero.

The 66-year-old former principal said the death of his former leader had come as a shock to him. "I am busy writing a book, The pains of transformation, which is about African struggle movements and had planned to meet Mugabe for a personal interview. Then he was ousted and most of his time was spent in and out of hospital till his death," said Mmbengwa.

He further indicated that to others Mugabe might have looked like a foe but to him, he was a hero, a veteran of the struggle who had freed the people of Zimbabwe from the bondage of colonial rule.

"Many might say things were not right under his rule, but after removing him they are still crying. Mugabe was an educated leader and to measure his leadership qualities, one must listen to his speeches, which were humorous and full of intellectual content. It is sad that he passed on before we could meet and give me first-hand information about the Zimbabwean liberation struggle.”

Mbulaheni said that his book would not be complete without Mugabe. “I have also written a poem Cry Africa, in honour of this gallant son of Africa.”

He said that he was organising that the poem be sent to the Mugabe family. “As a human being, Mugabe had his shortfalls, but he still deserves to be honoured in Africa,” Mbulaheni said.

Many of those who fled their homes in Zimbabwe to come and settle in Limpopo during the reign of Mugabe expressed other views. "If it were not for the old man, I would not have been here. Life had been very bad under his rule and to us his death is the closing of a chapter of pain. We will be moving on with our lives as if nothing has happened," said some of those who wanted to remain unnamed.