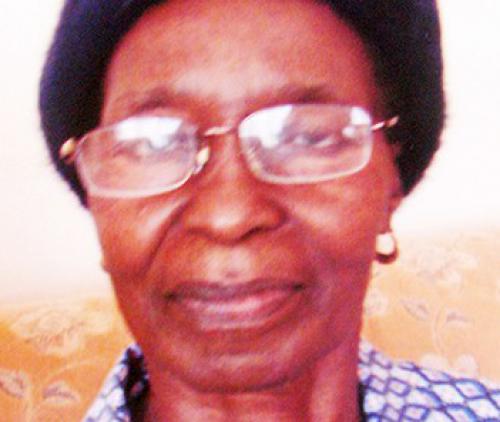 The Tshivhase royal family and the community of Vhembe have been plunged into deep mourning, following the passing on of Vhakoma Vho-Madala Virginia Tshivhase.

Tshivhase, of Golgotha in Thohoyandou, and the mother of Mailausumbwa Kennedy Tshivhase, passed on last week Thursday after a long illness. According to him, his mother had been admitted at a clinic in Polokwane.

Mailausumbwa Tshivhase, the late granny's only child, described her death as a big blow to him, his family and the country at large. "My mother was everything to me. In her I could confide whatever and she would give me a hearing. She was full of love and her house was always full of visitors up until her passing on.”

He added that she was a patient and visionary leader who, during her time as an educator, had produced many professionals.

“As the only child, I will feel the void that has been left and no one will fill it. As a family we are strong, because of the support we are getting from friends, relatives, the community and the government," he said.

Tshivhase further indicated that the family had planned to host a big birthday party for her in September, but that would not happen. She will be buried next to her husband at Zwiendeulu at Mukumbane on Saturday.

Her funeral service will be held at Univen.

Among others, she taught at Dzata Primary School in Meadowlands Soweto, while also helping in the family business in Meadowlands Zone 5. She was very religious and helped in building a church, using her pension money. She was also very involved in politics.