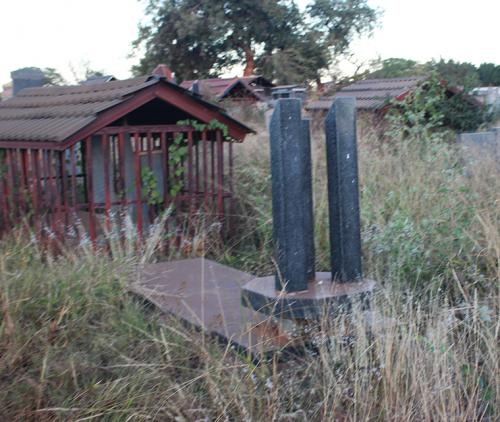 Thick bushes surround the graves at Mbaleni graveyard and this has turned the cemetery into a safe haven for criminals.

Thohoyandou Cemetery is worse than a dumping site

Residents of Thohoyandou and surrounding areas who use the Mbaleni graveyard are up in arms with the Thulamela Municipality.

This follows shocking revelations that the graveyard is becoming more of a dumping ground and a hiding place for criminals.

Last week, this paper visited the graveyard and the situation was indeed found wanting. The graveyard is one of the most frequently used cemeteries in the Thulamela Municipality, but the cemetery is extremely neglected, with cemeteries in even rural villages better kept.

Dense bushes are the order of the day, with only the section next to the entrance cleared. The graveyard started many years ago and according to reports, it has since become a haven and operational base for criminals. Residents staying nearby are now living in fear as criminals use it as a hiding place and to store their loot.

Ms Stella Mulaudzi, who stays nearby, said criminals had taken over the cemetery. "We have been complaining about these thick bushes here. It is no longer safer here and we hear of break-ins and thefts. It is not surprising, because the criminals have found a home at the cemetery. We are appealing to the municipality to clear this area and let the dead rest in peace," she said.

Mr David Mutavhatsindi, also a resident staying next to the graveyard, said they were afraid. “Our municipality is letting us down and leaving us vulnerable to criminals. I think the municipality should employ people to take care of this cemetery. It now looks like the dead have been forgotten.”

He added that the only clean part of the cemetery was the entrance, while many graves were covered by thick bushes. “There are so many unauthorised accesses to the cemetery that should also be closed for controlled entrance. The sooner the municipality does something about this, the better or we will stay at the mercy of the criminals,” he said.

Asked for comment, the Thulamela municipality’s spokesperson said they would soon start with de-bushing and closing all the openings at the cemetery.