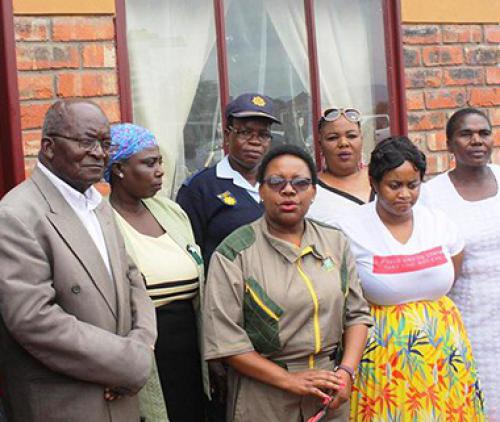 He used to live in a shack with his mother, Ms Nthabiseng, and sister Lerato while he was matric learner in Mulenga last year. Regardless of his dire situation, Mashula was one of the top learners in the country. He obtained 300/300 in physical science and is currently studying towards a degree in engineering at Wits University.

Last Thursday, MEC Jerry Ndou, accompanied Cllr Mavhungu Lerule-Ramakhanya of Vhembe, handed over the new RDP house to Mashula, in honour of his good work despite his bad living conditions.

Because he is currently studying at university, his mother, Ms Nthabiseng, received the house. She shed some tears of joy and thanked God for everything that had happened.

“I am a poor single mother who lives in a shack with my children. I am happy that the government has finally recognized us and built a better house for me and my children. Life was hard, sharing a one-room house with children, especially a boy, and there is no privacy,” said Ms Mashula.

MEC Ndou said that they were ready to reward hardworking learners from poor families. “No one has chosen to be born into a poor family, but we have to encourage learners to work hard for better education. It is not the bad conditions or poor background that you come from, but if you work hard, you can change life for the better for your poor family,” said Ndou.