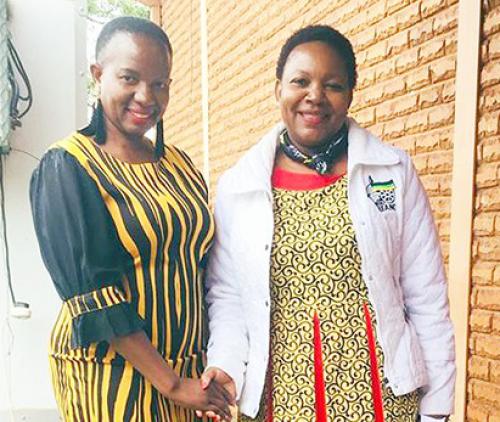 More than a beauty contest

When the elderly strutt their stuff on a catwalk, dressed in modern and traditional attire and proudly showcasing their skills, one knows this is more than just a competition.

Scores of elders from the Vhembe region competed in a pageant held in Vleifontein last Wednesday. The place was a hive of activities as elders converged in one venue, showcased their talents and ensured that they were looking after their health.

Several provincial departments offered their services during the day.

The manager at Vleifontein for the Care of Aged and the event's organiser, Ms Avhashoni Tshisa, said that the event had been organised to give the elderly an opportunity to look after their health. “Elders often spend most of their time either sitting at home doing nothing or drinking alcohol,” she said.

The event was made possible by the sponsorship from Mafu’s Funeral Home, which sponsored the catering, prizes and decorations.

Only elders above the age of 60 entered the competition and were given the opportunity to showcase their talent and engage with their peers from other areas in the region.

The mayor of Vhembe District, Cllr Mavhungu Lerule-Ramakhanya, applauded the competition and emphasised that elders should be well looked after. “When Nelson Mandela was elected president in 1994, he had a vision that social workers should work with elders and young ones,” she said.

“Today we thank our main sponsor because we are sitting here and enjoying the fruits of Mr Mandela’s labour. Today you know it’s the fruits of our government,” said Cllr Lerule-Ramakhanya.

She thanked the elderly for taking the opportunity and participating in the competition. “They (elders) felt that they are our part and honour this programme and we thank you,” she said.