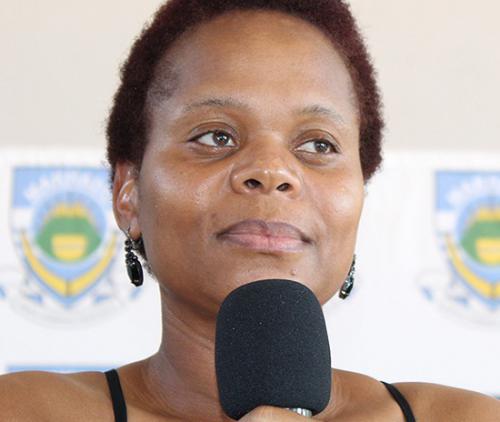 We will increase your wages - Dr Ramathuba

The MEC for Health, Dr Phophi Ramathuba, said community health-care workers in Limpopo would no longer be paid through a non-profit organization but through the government's payroll system used in most national and provincial government departments (persal).

She recently addressed hundreds of Vhembe District community health care workers ahead of their integration into persal and the minimum wage at the Dzanani community hall, Biaba.

She thanked them for the sterling job they were doing in reducing the percentage of mother-to-child transmission of HIV and increasing the percentage of the TB cure rate in the province. "I really thank you for the good work that you are doing in the various communities. I'm here to deliver the promise I made to you that I won't finish my tenure without changing your working conditions. You will no longer receive your payments late, and from now it will not be under R3 500 per month. You will also be registered under the banner of the Department of Health.”

She indicated that South Africa's life expectancy used to be around 56 years. "Now we are happy because it's above 64 years. We are approaching 70 years; that is in our National Development Plan. We wouldn't have achieved this if it was not for the help from the Community Health Care Workers. You played a vital role towards life expectancy," she said.

According to her, the province has more than 360 000 people living with HIV/Aids. “Without community health care workers, I'm nothing. You made sure that infected people take their medication," she said.