Comedy duo split up after fight

An ugly war of words erupted between two famous local comedians over the alleged non-payment of performance fees. Mpfariseni Ramulondi, famously known as Vho-Nyawa Gogo, claims that his fellow comedian and friend, Emmanuel Sigebe aka Calvor Ramiswaswo, owed him compensation and had also wasted his time after Sigebe had cancelled three major local gigs to perform at an event in Gauteng on Saturday, 16 July.

Over the years, Ramulondi and Sigebe have been inseparable, performing together at various gigs, leaving their audiences in stitches with their jokes.

Ramulondi said his nightmare started earlier this month when Sigebe called and told him that they had been booked for a performance in Soweto. “He told me I should not miss this gig, because I had to establish myself in Gauteng. I initially told him that I would not be able to honour the invite, because I already had three gigs in Musina, Nzhelele and Ngovhela booked for the same day. He convinced me to cancel these gigs, promising me that the Gauteng gig will be a breakthrough in my career. He told me not to worry about anything as he had already organised everything with the event organisers in Gauteng. So, I cancelled my three gigs, hoping to have a great time in Gauteng. I had never performed in Gauteng before, and I was happy to build my brand there.”

Ramulondi said he became suspicious when the performance date drew closer and Sigebe stopped taking his calls. “At one time I called him from a different number, and he picked up. I told him to give me the contacts for the event organisers in Gauteng, but he dropped the call. My suspicion was that he was already paid by the organisers, but was too selfish to share it with me and sneaked there to perform alone. To this day he never disclosed the name of the organisers of the event in Gauteng, because he was afraid that I would spill the beans to them.”

Ramulondi, who recently appeared on SABC 2’s Muvhango as an extra, said he wanted compensation from Sigebe as the three gigs he had cancelled would have paid him handsomely. “He has ruined my reputation because I abandoned my three gigs. I don’t have another job. I make a living as a comedian. I am the only breadwinner at home, and the money I now lost would have made a very big difference,” he said.

In response to our enquiry about the situation, Sigebe sent a WhatsApp message to say that he had stopped working with Ramulondi with effect from 16 July this year. He denied the allegations that he had received any cash on behalf of the duo but did not want to go into detail of what had actually happened with the Gauteng gig.

In a separate voice note, Sigebe wished Ramulondi well and said that he (Sigebe) had now teamed up with another comedian, whose name he would announce in due course. 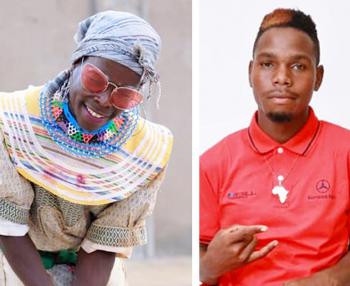