After years of working in the shadows of others and many collaborations, Shudufhadzo Muofhe, known as DJ Makhanthi on the Deck, finally came out of his cocoon with the release of his debut album, called CD Ziyawa.

He says that the four-track album is dedicated to all his loyal fans, and is in appreciation of their support throughout his music career.

The artist, who hails from Khunda, has released a number of singles over the years. CD Ziyawa was recorded from his home to inspire the youth in his village. “Charity starts at home. I could have done it somewhere else but felt that home was best as this would allow my peers to change their mindset and see that great things happen locally,” he says.

Muofhe says he was overwhelmed with the support he got from the community. “I’m happy that the album is so well received, also on radio stations. I am very excited and motivated, and I can now promise that the best is yet to come. I have come to realise that, as a united front, artists from this area have a bright future.”

Muofhe has also fallen victim to piracy in the past, but says that his love of music was what kept him going, otherwise he might have quit a long time ago. “It would be good if the authorities could help musicians more in the fight against piracy, as this is a great challenge for local artists.”

He advises young musicians to focus on their education first before they venture fully into the music industry. 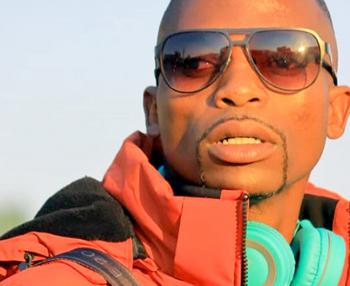