Fans of VenRapper Khodani Muthenga, famously known as Vhathenga, will be pleased to know that the artist is working on his second full album, titled Zwi do luga, which is to be released in September this year. He says that the upcoming 12-track album is dedicated to all his loyal fans, and is in appreciation of their support throughout his music career.

The artist, who hails from Madombidzha outside Louis Trichardt, has released a number of singles, along with his debut full album, Vhutshilo, over the years. He first shot into stardom with the release of his first song, titled My Rock, in 2007, which features fellow VenRap singer ShonyMrepa. My Rock dominated regional as well as national airwaves, making Vhathenga an instant sensation at the time.

The artist vanished from the music scene for a number of years, but reappeared again in 2018 when he released his single, Ndo neta. His album, Vhutshilo, featuring Meskay and ShonyMrepa, was released that same year. Since then, he has released more singles, namely To the leaders (2019), Salala (2020) and Mjolo (2021). Over the years, he had shared the stage with big guns such as Colbert Mukwevho, Humbulani Ramagwedzha, Mizo Phyll, Prifix, Shufflers Ragimana, and others.

He talked a little about his upcoming album: “I have been working on the album for the past five months. I always strive for improvement because the music dynamics keep changing on a daily basis. I don’t want to rush this next album; the competition is too tough out there not to take the time to produce something truly great.”

For more information on music sales, public performances and bookings, visit his Facebook page (Khodani Muthenga), or call or WhatsApp Vhathenga on 071 480 5902. 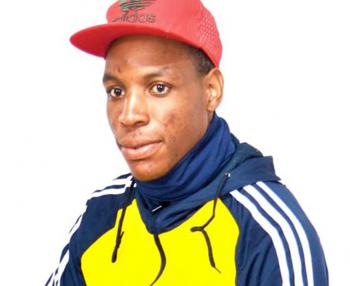