Only two months have passed since Mpho Majiga presented his hot disco album, called I’m back, to the world, and the artist is already riding the crest of success. The album was released at the end of March this year in honour of late disco icon Dan Tshanda.

In Limpopo Mirror’s previous interview with Majiga, he referred to his particularly huge following in Botswana, where Dan Tshanda was regarded a hero. I’m back was so well received that Majiga was invited to perform live at the Easy Come Easy Go Bar in Serowe village, Botswana, on 28 May this year.

Serowe village is Botswana’s largest trade and commercial village. “I received reports that my album was doing exceptionally well in Botswana, receiving massive airplay on radio stations as well as in public places, like taxi ranks and pubs. I couldn’t believe my ears when I was informed that I was booked for the disco night gig at Easy Come Easy Go in Serowe village. I am so happy that the people from Botswana recognise my music, despite the fact that this album is only two months old,” he said.

Majiga said that working with the late Tshanda had taught him what Botswana’s music lovers needed. “We used to perform in Botswana with Dan Tshanda, but I was playing musical instruments for him. I never thought that I would one day return to Botswana as a solo artist, promoting my own music. People from Botswana still love disco music, and I believe my album hit the shelves at the right time. They need something new after we have lost an icon like Dan Tshanda.”

He said he will be representing all South Africans when he goes - especially the people from Vhembe. “Although some of the songs are in English, I will popularise Tshivenda songs because I know that people from Botswana love our language and culture. There is nothing more fulfilling than going out there, fully knowing that you carry the hopes of your people on your shoulders. I promise my fans that it will be a memorable performance that the people of Botswana will never forget, especially as it takes place at Serowe,” he said. 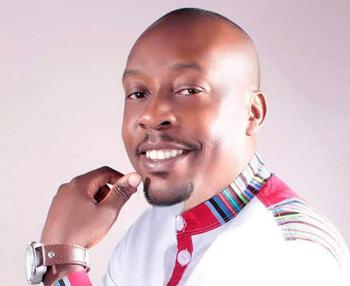