The Capable Boyz, two talented musicians from Thohoyandou, are proving themselves a musical force to be reckoned with as they pave their way to national attention. Famously known as DJ Papi Ricco and Drubabgo, the duo released a four-track extended play (EP) recently, titled Capable Way. The EP epitomize the essence of modern-day amapiano, infused with elements of hip-hop.

Capable Way is fun and vibrant and features some of Venda’s finest amapiano and hip-hop artists. “The EP is growing every day. The song, Shaka Zulu, which features well-renowned vocalists Van Best and Oxx, has so far been the highlight of the EP. Fans crave for it each time we hit the stage,” Drubabgo said.

The EP includes tracks such as Irwani, featuring hip-hop artist Gusba Banana. “I see this song as one of the project’s top hits, with its sonic vibe of piano and flawless fun raps from Gusba. This is just an intro of what’s to come from us.”

Drubabgo says they have worked tirelessly on this project, selecting each song perfectly and choosing each artist they collaborated with precisely.  “We formed the team in December 2020, and it has been the talk of town ever since the debut launch.”

DJ Papi Ricco too is very confident that they have hit just the right spot. “We believe that we started a whole new movement within the House culture in our region. Our fans are always left attentive and with a deep interest in our music,” he said.

The duo is surely making a name for themselves in the music fraternity. “With each passing day, we are gaining traction all over our Venda hometown and neighbouring regions with bookings from prominent venues all around streaming in,” Drubabgo said.

Capable Way is available on all major streaming platforms, such as Spotify and YouTube. 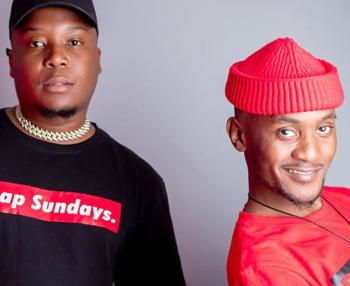