Eight years ago, Isaac Mutshwana heard a voice commanding him to write down everything he dreamt. In less than six months, he had already filled 50 pages, and yet he was not finished by far. Not knowing what to do, Isaac one day decided to pray about it and waited for God to instruct him on what to do with this book of dreams. What became clear to Isaac soon was that God wanted him to put these dreams into songs to spread the messages they conveyed to people.

“After writing down my dreams and visions, I informed the elders of our church and they advised me to fast and pray about it. I spent a night on top of the mountain praying and the Holy Spirit revealed to me that I should sing about my dreams,” he recalls, and this is how the story started for the reggae musician from Mbilwi Makanga village near Sibasa, and how Isaac, better known as Isaac General Controller, became a celebrated artist who communicates with people through his music.

Isaac released his first eight-track album, titled Murunwa wa lufuno, in September of 2021. The album was received well by reggae lovers and still enjoys fair airplay on both local and national radio stations, with songs such as Naledzi ya lufuno, Ngosha ya dzingosha, Munrunwa wa lufuno, Takalani, Ndo lu fukula, Amazing love, Jamaica and Our love.

His book of dreams, however, contains many more songs and that is why he decided to return to the studio to record his second 12-track album, called Ndo i wana ndila, which will be released by the end of May this year. For this album, he has worked with seasoned artists such as Thendo Tripple B, Pretty Face, Ras Pee, Rolivhuwa Ramuada and Andisani Libunyu. Fans can look forward to songs such as My prayer, Kha mpfarele, Nne ndi tou vha muri, Stay away, Difhelwa nga Yehova, My God, and Ni toda u mmbona ndi tshi tshila.

For music sales and public performances, Isaac can be contacted on 071 569 9554 (voice calls and WhatsApp). 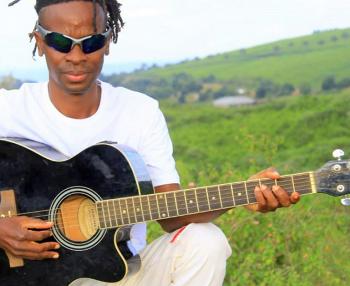 Isaac Mutswana, better known as Isaac General Controller, is working on his second album, which will be released at the end of May. Photo supplied.