A second-year art-and-design student at Central Johannesburg College (CJC), Rinae discovered her love of art when she was only eight years old while attending Mutshipisi Primary School.

“It all started with drawing something like a cartoon,” she said. “I showed my mom the drawing and she was completely bowled over that I showed an aptitude for art. From that point on, I just kept drawing all kinds of things on notepads. I would sometimes look at a picture or an object and draw it.”

She was really motivated when her class teacher assigned them to draw an advertisement and Rinae’s drawing won first place. “I was so excited. I knew then that I was destined to become an artist,” she said. She continued with her art throughout her high school years at Lwamondo High School, where she received mentoring and rave reviews for her work from the school’s arts and culture teacher.

“When it came to selecting school subjects in Grade 10, however, I chose a commercial stream, even when most people felt that I should have gone for a technical school instead.” Her choice would lead to great disappointment as she failed twice. “But I had to make do with the subjects I had chosen and finally completed my matric in 2019.”

During her gap year in 2020, she focused hard on improving her art skills by doing more realistic pencil drawings. “I remember asking my mother for money, so that I could buy colour pencils. Apart from my mom, nobody else took me seriously at that time.”

When a certain radio station gave out the contact numbers of celebrated artist Tshilidzi Dabishi, Rinae decided to contact him. “I asked Dabishi if he would mentor me, and he volunteered to come and teach me how to draw with different mediums.”

Rinae’s latest art piece is a pencil portrait of local entertainer Livhuwani ‘SABC Livhu’ Madadzhe. “I did the portrait and posted it on my Facebook page. The next thing, SABC Livhu called me, and I was happy to give him his portrait,” she said. 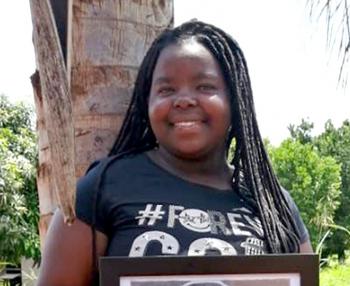