The star of Israel Malatje (24), better known in music circles as Mr Mj Muimbi, seems to be shining even brighter as he continues to release more hit songs. He tells his fans that, as of 2022, he will be working on the kind of music that will stay on listeners’ minds, even long after listening to the actual songs.

Mr Mj Muimbi, a resident at Vyeboom village near Vuwani, earned himself popularity in the music industry with songs such as Ndo Ana ngae (Ft Rol Dee), Avha mphi muya and Hune Aya.

“I love music as an art discipline. My love for music started when I was just a toddler where I danced to good, vibey music which was played at home,” he said. “This included gospel, kwaito and house. As a teenager, I would sing along with the songs playing on the radio at home. People who heard me sing commented that I had an amazing voice that could also suit the recording studio.”

While Mr Mj Muimbi did not fully comprehend the weight of the compliments that came from his admirers, he found himself growing to love music even more. “I would sing my own lyrics as I walked around the school yard, and fellow pupils would stop to listen to me,” he said. “It was all amazing to them, but to me it was something that came naturally.”

He had the privilege of attending several schools, which all shaped his worldview as he had to interact with different people in his elementary days. He attended Thomas Ntshavheni Primary School, Avhatondwi Primary School, Luambo Secondary School, and matriculated at Tshipakoni Secondary School in 2017. He then obtained a post-matric qualification in business management from Vhembe TVET College.

Malatje is the son of Tshedza Apostolic Church’s archbishop, Isaac Nditsheni Malatje. His singing talent has its roots and cultivation in the church. “I still sing passionately in the church even today,” he said. 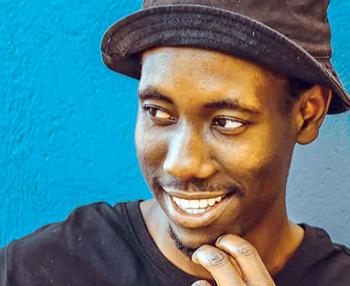