The artist, who hails from Tsianda village, was awarded for his song Mbofholowo from the album Mbofholowo na Vhukwila, released in March this year.

“I am extremely excited and deeply honoured to win this prestigious award,” he said.

Radical Dread sings about prejudice and freedom, bondage and corruption, rights and justice. He believes that artists make a valuable contribution to society by addressing the entrenched injustices around us, and that they should stand tall even when political leaders have drifted away from this responsibility. “We are here to shout truth to power, while at the same time also entertaining our fans,” he said. “We sing to bring changes about in our countries.”

“The songs on this album will not only captivate young people; it is also sophisticated to keep adults engaged,” he said. “These songs will be embedded in your mind after you’ve listened to them only a few times. You will soon start to feel like you've known them for many years.”

Radical Dread has been in the music industry for the past 10 years now and has previously released three albums, titled Jah u ndilani, Mitodzi ya Vharema and Vhutshilo na Tshifhinga - all recorded at Masana Records in Soweto, Johannesburg.

Mbofholowo na Vhukwila was recorded at Deep Roots Studio by Steve Netshishivhe and is marketed and distributed by OneStep Music. 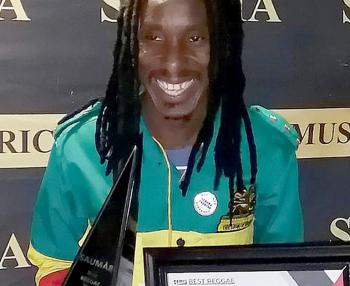