Rol Dee is happy to connect people through his music

The true beauty of music is that it connects people and brings different nations together in unity. For this reason, nothing makes Rol Dee happier than to make music and share it with other music lovers.

Rol Dee, born Khathutshelo Ronald Mudau, is a hip-hop artist whose talent has seen him wowing thousands of fans at festivals across the country. “The Tshivenda music industry has always been my lifelong dream,” he said. “I am so happy to be one of the components in the machinery of Tshivenda music.”

Born in Itsani village, he discovered his singing talent while studying public relations at the Northern Technical College in Muledane. However, he had to put his passion for singing on hold to fully focus on his studies first. Later, he was mentored by Fizzy Toofab – one of the mega-artists in the VenRap genre.

“My journey in the music industry began far too long ago, as a young man from the dry, dusty roads of Itsani,” he said.

Rol Dee established his own record label in 2018 and signed himself before anyone else with the release of an 11-track mixtape, entitled Meercyian and the boys. The mixtape is available on Reverb and Youtube. He gained fame with the songs Kha fune nne (Love me) and Mbilu yanga (My heart) some years ago, which became very popular.

Last year he released an album called Mukomana Wanga. The title track, Mukomana Wanga (ft Rasta Bathu), has earned him 11 000 streams on YouTube so far. His latest megahit, Tenda Na shuma, which features Acolly Mandiza, was produced by Gera Beatz. “This is a song that encourages people to work hard, regardless of the rampant negativity around us. We focus on our work, allowing no shades of distraction on our way,” he said.

He also released Mukomana Wanga’s music video recently and is working on an album to be released in 2022. Roll Dee accepts bookings for any kind of event over December this year. Contact him directly on Tel 076 312 9939. 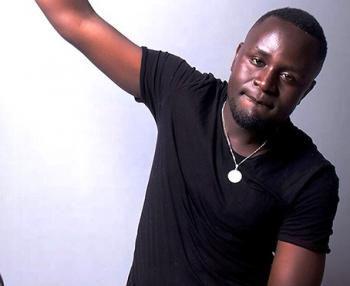