The unique voice of Natasha Nembaleni (28), also known as NaTasha Nemb's in the music industry, certainly holds the prospect of taking her places.

Discovering her singing talent as a young girl, NaTasha had honed her voice to such perfection that the sweet tones emanating from her throat lures her audience for more.

“I have always known that I was born for music; not just music, but the kind that touches the lives of people,” she said. “I create my music with a clear mind, connecting it with my soul, so that people can feel it.”

NaTasha, who started spending time in the studio when she was 10 years old as a backing vocalist, has so far produced multiple hits in her music career, such as Vhuhovheleli, Sunungura, Ndi Ene, I've been searching, Break chain, and I love you boy.

Like many others, NaTasha also discovered her talent in the church. “The church provides fertile ground for nurturing young talent, but only if they are dedicated to developing these talents,” she said. “It was in the church choir that some of the members realised I have an exceptional voice, and they told me so and encouraged me.”

Her musical journey took a trajectory after school when she moved to Gauteng to further her studies and met Slim, the producer at Hot Music Records, who agreed to record her music. In that stable she worked with big names such as like Badd Chris, Small the Dope Man, G-force, and The Master.

“I have just released an EP, titled Vhuhovheli, and it’s available in all major online digital stores, either for purchase or streaming,” she said.

This young artist from Habudeli village is currently working on a full-length album, which will be released sometime next year. 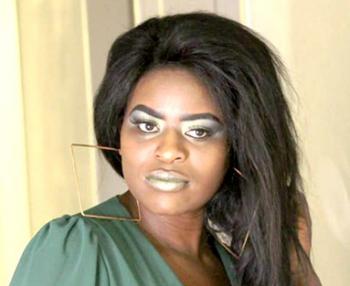 NaTasha Nemb's is a promising star on the rise. Picture supplied.