'I sing songs that people can relate to'

Bashean Mudau, or Bashy Jahbless as he is otherwise known, has just released a two-track album that everyone will love. Jah bless mothers and Happy Anniversary have already gained massive airplay on SABC radio stations such as Phalaphala FM and YFM, as well as on some community radio stations.

Jah bless mothers is a heartfelt song that pays homage to mothers for not having aborted “innocent blood”. “Our mothers gave us a chance to come into this world and to live, and so we thank them,” he said. “The song also guides men to not disrespect women. I came to realise that mothers are capable of playing the role of both mother and father at the same time. They play the most important role in every child’s life.”

Happy Anniversary was composed for Bashy’s fiancée, to show his appreciation for all their years together through both the good and the hard times. “Through it all she stuck it out with me and never left me,” he said. “Happy Anniversary is a common love song that every man can play for his woman. No matter where I perform, people always fall in love with this song.”

According to Bashy, anyone can relate to his music. “My music focuses on teaching the nation how to be positive,” he said. He is currently in the process of recording music with well-known reggae artist Raymond T-Ray Mukwevho. Meanwhile, he is also working on a full-length album with producer Ananius Begwa, which is due next year.

The young artist says he has often been asked why he does not change to the Amapiano genre, to which he answers, “To me it is more important to convey messages than to just produce dance music,” he said. “I strongly believe that reggae is the mother of all music genres. I stick to the roots, and not the leaves.”

This resident of Tshitungulwane village debuted with a full-length album, titled World without peace, in 2007. The album, unfortunately, did not do all that well, but this flop did not discourage him. In fact, it only made him realize that he had to pull up his socks.

In 2010, he made a comeback with Tshanduko yo swika and in 2011 he released African. “The two albums became very popular out there. When I stepped into Vuwani, I could hear my music from almost every corner of the town,” he said. However, his best album yet, called Poor people’s cry, was released in 2015. On this project he worked with the skilful Just-Ice (Justice Mbedzi) on two of the songs. 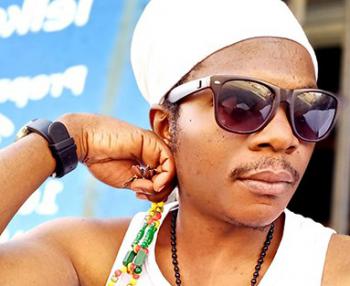 Bashy Jahbless has just released a two-track album he is sure everyone will love. Picture supplied.