Reggae singer Jah Lady Dorris, also known as Dorris Davhana, does not believe in looking back. Instead, she focuses on her talent to make sure that she always sends positive vibrations out into society.

At the height of the first national lockdown, she released a project containing two songs, titled Ndi a livhuwa mmawe and A ni divhi la matshelo, which both enjoyed high rotation airplay on community radio stations.

In 2016, she was nominated for the Best Reggae Artist at the South African Traditional Music Awards, and in 2018 the Tshivenda Music Awards also nominated her for the same category. She hopes to win some awards soon, as she believes she is destined for greater achievements.

The singer is also part of the newly formed reggae musical group called The Marvelous Five, made up of Code Mundalamo, Just-Ice Mbedzi, Rasta Vhathu and Mushe. Their debut album is due on 19 December and will be launched at the fifth Annual Reggae Show in Thathe village. 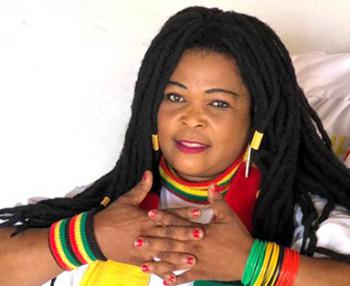