Micah Da Music has released a number of popular singles so far, which earned him his fair share of prestige within the music industry.

Micah was born Pfunzo Tshitema and resides in Tshisahulu village near Thohoyandou. He takes his inspiration from musicians such as Nas, Eminem, 2Pac, Bob Marley and Peter Tosh.

His latest album, Room for Improvement, is doing very well in the market. The song Addiction, from this album, has reached 14 000 streams on Spotify and 21 000 on Apple music. This is no small feat for an artist who is still climbing the ladder to fame. “The song is not only making waves on streaming platforms, but also receiving airplay on Metro FM’s I Believe show, presented by Oskido,” he said. “The song is quite relatable, and of course the kind of addiction that we refer to is good addiction. The lyrics explain the value in being addicted to music and other such positive things in life.”

Micah’s most recent project is called After Tears. This song lies close to his heart, as he says his calling to communicate with people through music is revealed through it. “After Tears’ opening line goes: ‘Vhanzhi zwi do vha akhamadza’ which, loosely translated, means that many will feel amazed when it happens.” In a nutshell After Tears is a song that encourages people to love and care for one another while they can, rather than wasting this given time and regretting it in the end. “If you appreciate what you manage to achieve in life, celebrate it!” he said. “Many people are so busy complaining that they can find no reason or time to celebrate life.”

Micah Da Music can be followed on Facebook (Micah) and other social-media platforms. Room for Improvement is available from online music stores, such as Streaming on Google Play, YouTube Music, and Apple Music. Contact him on 065 930 5580 or info@micahdamusic.co.za. 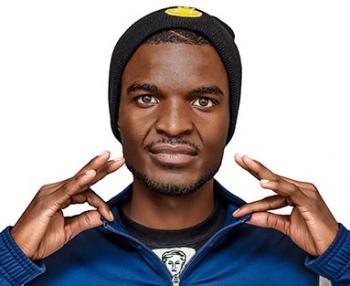