Tshinanne Mulisa, aka ‘Dr Specs’, believes that he gives hope to people through his music. Dr Specs (27), who hails from Tshitetete village outside Thohoyandou, has just released a new single, Phumelela.

According to Dr Specs, the track is doing very well, with the video attracting almost 5 000 views in the first week. The song encourages people to persevere with everything they are doing in life as they will succeed one day.

“I decided to come up with this song after I realized that many people fail in life because of giving up too easily. The Covid-19 virus resulted in more and more people losing their jobs and businesses closing down. This has left many people feeling hopeless. As an artist, I felt I should play my role to give hope to the hopeless through my music as they desperately need this motivation,” said Dr Specs.

Although this album is in the R&B genre, Dr Specs has released five singles since 2010, mixing hip-hop, house music and reggae. His first single, produced when he was only 16, was about his undying love for the woman he had chosen.

Dr Specs said that he was exposed to music by his brothers at a very early age. “My brothers played different types of musical instruments at home. This stimulated my interest and drove me to learn more about music by playing the instruments or making good beats. I then learnt about Fruity Loops, Cubase and other musical software that helped me to make beats and record vocals,” he said.

His latest single was recorded at Music Waves Production. Mufunwa and Deejay Gun Do Sa were also part of this project. Dr Specs can be found on all social media platforms. His contact numbers are 079 848 2782/065 809 4589. 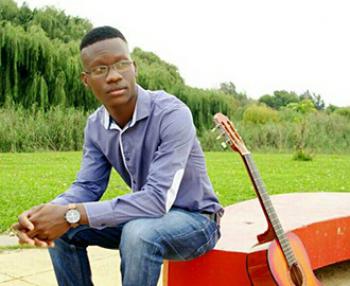