Netshimbupfe releases one album after another

While some artists still battle to get even a single album released, Evangelist Ndodzo Rhenius Netshimbupfe has no such problem. In fact, he has just released two albums, titled My Redeemer Lives and You are worthy to be praised, simultaneously.

While these albums seem to be faring very well on the market, Netshimbupfe is working on a third album to be released next month. To release three albums within one year is not only a great accomplishment, but can certainly be regarded as a true blessing, considering how many musicians have fallen on hard times since the outbreak of the Covid pandemic.

Netshimbupfe says he finds it easy to compose songs as he is guided by the Holly Spirit in whatever he does. “Some people do not understand how I manage to shuffle successfully between my roles as servant of God, family man, motivational speaker, author and musician. But the Bible tells us that we will never fail if we put God first in everything we do.”

Though he is a successful artist today, the road for Netshimbupfe to get where he is has been long and winding. Born at Ha-Muraga village outside Thohoyandou, he started singing in church and in school choirs at a very young age. He then joined the Anointed Word Band under the leadership of Dr Maxwell Masakona, where he rubbed shoulders with music mentors such as Israel Mulaudzi and Mercy Masakona. He then went solo and released his debut album, titled For Thine is the Kingdom, in 2009.

My Redeemer Lives has seven tracks, whereas You are worthy to be praised has six. “I’m happy that both albums are well received, and they are also receiving airplay on various radio stations,” he says.

He advises young musicians to consider education first before they venture fullyinto the music industry. Besides music, he is also a principal language practitioner at the Department of Justice in Malamulele. He holds a diploma in court interpreting and is now completing his LLB degree in law.

Netshimbupfe’s music is available in all major online stores. He invites his fans to call him directly on 071 440 0843 or visit his Facebook page (Ndodzo Netshimbupfe). 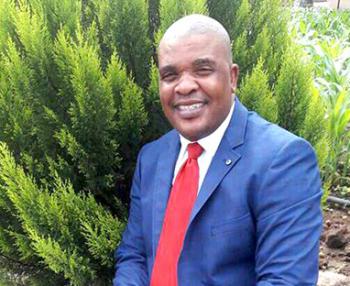