Nndwa ya Mahosi is a new film from seasoned film director Musiiwa Makumbi, who had become famous for directing popular movies such as Ndenwa Ya Munna, Jack the Kidnapper, Vhatukanani, and Western Style.

Written by Desly Rambau, Nndwa ya Mahosi is about two kingdoms, led by King Kulute (Mpho Mushia) and King Lama (Nditsheni Rambau), who are at war with one another. “The bone of contention for the two kingdoms is a certain piece of land,” Makumbi said. “The film is set in the wilderness, in its pure naturalness.”

“We were always faced with some kind of a challenge during shooting, but we always stayed together as a team and told one another not to give up,” Makumbi said. “We always believe that nothing is too hard with God.”

The film was shot over three months and has just been released (on 8 November). According to Makumbi, they plan for the movie to be shown on national TV channels. “Our aim is to raise Venda talent to the world, and we want to continue to tell the world our stories,” he said.

This film is a product of MSW Media Group. Watch the movie for free on the following link:  https://www.youtube.com/watch?v=LeFqPtdBgvA 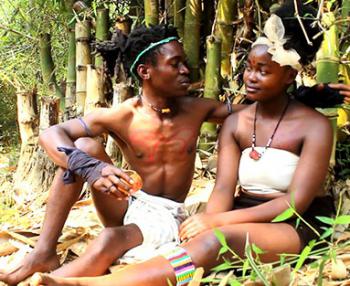