The evergreen poet par excellence, Vendaboy Poet, has his heart set on the SATMA award for Best Traditional Music Artist of the Year for his poetic song, Yo Suka, from his poetry album, Ndavhuko.

The album took Vendaboy Poet nearly four months - from start to finish – to complete and promises acoustic delights for avid poetry fans as well as those who might be new to the poetry scene.

Now that he has been nominated for a prestigious award, he feels that his efforts are finally paying off. “My joy is great,” the poet admitted. He was at a traditional wedding ceremony at Nquthu village in KwaZulu-Natal, performing as poet, and acting as MC when Limpopo Mirror spoke to him.

Yo suka means “the battle has begun”, and the battle in question refers to preserving one’s culture in this age of cultural diminishing. “Everyone who listens to the song always expresses their pleasure and says that it could not have been released at a better time,” he said.

Vendaboy Poet’s beautiful musical poems come with vibes of heritage, culture, traditions and indigenous education, and that is what his fans love most about them.

He holds a diploma in human resources management from the Central Johannesburg College (CJC), where he initiated poetry sessions and created a strong poetry base for many other poets who joined him in the movement to take poetry to the people. 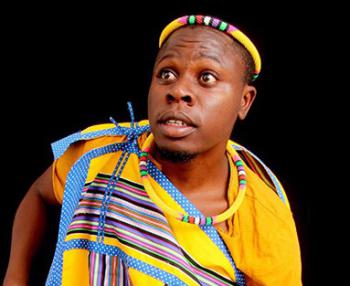 Vendaboy Poet has his heart set on the SATMA award for Best Traditional Music Artist of the Year for his poetic song, Yo Suka. Picture supplied.