The eighth Independent National Gospel Music Awards (INGOMA) was held in Johannesburg on Saturday, 23 October, and Vhembe’s own golden girl, Mbavhalelo MMM, was among the proud winners.

Mbavhalelo was nominated for the Best Ma Apostole Album with her third album, titled Ndia awa Ntike. She bagged a trophy and an undisclosed amount of cash. This is her third award. In 2018, she won the Tshivenda Music Awards and in 2019 the Front Seat Recognition Award. She was also nominated for Best Ma Apostole Album at the Limpopo Gospel Music Awards (LIGMA) in 2019, and in 2020 for Best Female Artist at the Debila Pitseng Music Awards, but she did not win these.

“If it wasn’t for my family and fans, I wouldn’t have made it this far,” she said. “It is such a great honour to lift up one the biggest awards in the country. It makes me feel appreciated and ready to give my wonderful fans new music.”

Hailing from Dopeni village in Nzhelele, Mbavhalelo rose to fame in 2015 when she was still singing for the Vhanangiwa vha Murena group. Since then, she has become a household name.

“Being nominated and not winning awards motivates me to work even harder, so that I can win next time. I take every defeat as a challenge. I am promising my fans that the best of me is still coming, and they must always be on the lookout for more good music,” she said.

Despite her dropping hints of a new full album, her single track, Dzhenelela Murena, was already released last year and doing very well. 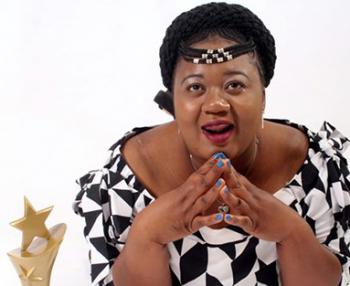