A local author from Ravele village in the Sinthumule area, Khathutshelo Ravhura, was honoured with an AfriCAN Honoree Authors’ Award on Saturday night. She received the award for her latest book, Expose your uniqueness.

The AfriCAN Honoree Authors’ Award ceremony is an annual event during which recognition is given to 200 authors for their exceptional contributions. This year, the event was held at the Mozambik Restaurant in Fourways.

Ravhura first started writing some nine years ago. Expose your uniqueness, which was released in December last year, focusses on the importance of appreciating life and explains what one’s purpose in life should ultimately be. Readers are encouraged to first develop their inner selves before showing their talents off to the world. In other words, not to try and fly until their wings are strong enough.

Ravhura said she was very proud to be counted among this year’s awarded authors. “I am honoured to be recognised for the work that I have been doing. This means that someone has been watching my work. I received many discouragements along the way, such as that only the old can write; the young lack the knowledge and writing tools to produce passable, publishable writings. But I say that has been proved wrong.”

She is convinced that she might now have a career as an author. “Writing is hard. Unless you are a full-time writer, you must really be committed. When the muse calls, you must seize the moment and write!” she said.

Ravhura feels that literature lacks development. Because writers normally work in isolation and not together, they do not engage on matters that affect them.

She encouraged new authors to share their books with other young South African readers. “The receivers of these books will have the opportunity to improve their own writing skills by expanding their everyday vocabulary,” said Ravhura.

“I grew up in an area where there were few or no role models at all. So, writing this book really means a lot - not only to me‚ but to the people in my village, the ones growing up‚ to show them that nothing is impossible‚” she said. 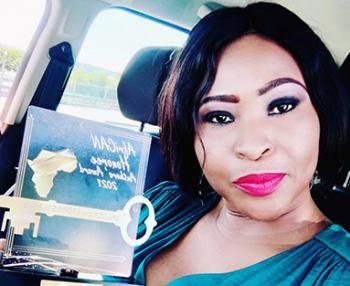