Mafula is an album for all people

Tee Jay’s first album, titled Mafula, which was released on 15 October, seems to be causing quite a stir on the music scenes already.

This artist from Thathe Vondo village, who was born Tshiphetho Mulaudzi, is best known for being one of the few independent artists in his village to have reached commercial success after he had won the Best Performance Act at the Tshikunda Africa Awards in 2013.

“I am excited about my first album doing so well. I actually feel that I should budget to shoot music videos for some of the songs to further cater for my fans’ virtual appetite,” he said.

“This album has songs in different languages, which makes it a delightful package of sound for everyone,” Tee Jay said. “I worked with artists from all around, including Zimbabwe and KwaZulu Natal. I worked really hard on this album to ensure my fans’ enjoyment,” and so far, he reckons, the response has been better than he had hoped for.

“Mafula are indigenous fruit found in most parts of our province,” he said. “They are used to make skin lotions, soap, traditional wine, creamy liquor, and many other things. Like the fruit, Mafula is an album for all people.”

For more on his album and bookings, call Tee Jay on Tel 076 064 1939 or reach him via Facebook (Mulaudzi Tee Jay) or send an email to mulaudziteejay@outlook.com. 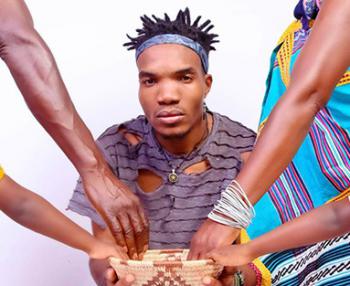