The song is from Ndivhuho NL’s latest album, Silent but Muted, and was released in February this year as a pre-release to the album. “The song is all about love and dedicated to all the lovers in the world,” he said. “It’s a very heart-warming song that is proving to be a hit and favourite in many corners of the country. I still receive many messages of praise from other African countries, and this really spurs me on to do more.”

The singer, composer and producer hopes to bring the award home soon. Ndivhuho NL holds an honours degree in music from the University of Venda and his name is already embedded in southern Africa’s music firmament.

Ndivhuho NL expressed his heartfelt gratitude to the SAMRO Foundation for sponsoring the recording of his Silent but Muted project. “I extend my appreciation to everyone who participated in the making of the album, not forgetting the three musicians who put their skills into three of the semi-live songs: Dakalo Nemukula (bassist), Mutshidzi Luvhengo (pianist) and Phuluso Mbedzi (drummer).”

The album was recorded, mixed and mastered by Ananias Begwa, and further given the final mastering touch by Richard Matoro.

To boost Ndivhuho NL’s chances of winning in his nominated category, fans and readers are encouraged to vote for him by sending an SMS with the words “LIMA100” to 47143. SMSes are charged at R2, and voters can SMS as many times as they like. The SMS lines close on 15 October this year.

Ndivhuho NL is also a promoter and developer of young artists in schools, where he helps learners in creative arts. 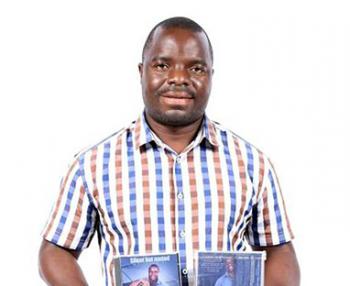 Ndivhuho NL has just received a nomination by the Limpopo Music Awards (LIMA) 2021 in the category of Best Jazz Song. Picture supplied.