The music industry is abuzz with the latest hit single from the evergreen maestro of RnB and Afro pop, Acolly Mandiza.

The song is a classic Tshivenda anthem titled Ndivhiseni (Botsotso), which was first recorded in October of 1980 and released in May of 1981 by the Sibasa Pirates, a music group that was led in those years by Acolly’s father, the legendary musician Vho-Elvis Mandiza.

“In the remake of the song, I feature my father, who first wrote and released it in 1981,” he said. “We managed to re-do this song in a way that many youths would find relative, as we infused it with new sounds. The rendition is amazing. It’s a good, vibey song that compels listeners to get up and dance.”

Many people who have listened to the song have been sending him and his father messages of congratulation and appreciation for this creative new version of the original song. “The original Ndivhiseni had become imbedded into the Tshivenda culture over the years, and it is one of the many classics in our language which have been receiving massive airplay on PhalaPhala FM and other community radio stations for decades,” he said. “I am glad that my father had succeeded in making history in music and get to celebrate it now during his lifetime.”

He has released three albums so far, namely Ndi vhona mini, Elelwani, and Khokhonya and had won the Limpopo Music Awards (LIMA) in 2019 for Best Tshivenda Single. He further won the Best Afro Pop Award at the Front Seat Recognition Awards in 2019.

“In 2020, I was nominated in two categories, namely Best Producer of the Year and Best Afro-soul at the Tshivenda Music Awards (Tshima),” he said. “Even though I didn’t win, I remain happy that I had earned those nominations.”

Acolly ascended the entertainment ladder with impressive speed, which is small wonder when one listens to the quality of his music. He and his famous father were both nominated this year at the Limpopo Music Awards for Best Single; Acolly for Mmbengwa, and Vho-Elvis for his song, Tshikangavhiya. “It’s my prayer that either of us wins. It’s not a competition for us, all we need is to bring the award home,” he said. 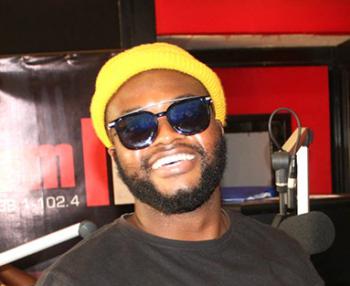